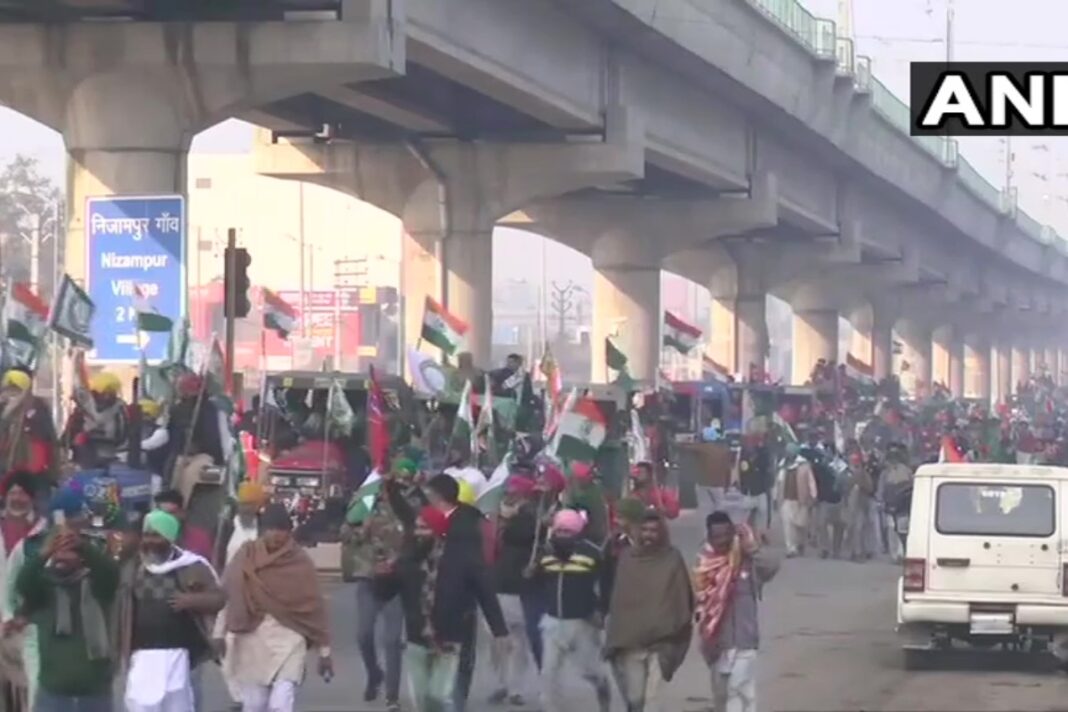 The farmers protest against the three farms laws will complete its two months today with tractor rally. The farmers are expressing their anger and disagreement with the Centre’s decision.

A large group of protesting farmers camping at Singhu and Tikri border near the national capital broke police barricades today trying to force their way into the city as they wanted to commence a tractor rally on the occasion on Republic day.

According to officials, security personnel tried to convince the farmers that they have been given permission to hold their tractor parade in Delhi after the Republic Day parade at the Rajpath concludes. “But some groups of farmers did not relent and started moving towards the Outer Ring Road breaking police barricades,” an official said. On Monday, a farmers’ group had declared that. it would not stick to the route decided by the Delhi police.

The Kisan Mazdoor Sangharsh Committee – one of the key participants in the tractor rally to be held today — said it will approach the Delhi’s Outer Ring Road, raising a possibility of conflict with the police which has chalked out the routes from three locations at the border after a series of meetings with farmers’s groups. The rally will mark the completion of two months of protest against the Centre’s contentious farm laws by farmers camping at the borders of Delhi.

The Delhi Police has given a No-Objection Certificate (NOC) to the protesting farmer unions for their proposed Republic Day tractor parade with 37 conditions, including capping the number of participants and allocating a fixed time slot, officials said on Monday.The administration is cautious and formulating every possible way to avoid any big conflict as this might prove to be nasty considering the security restrictions and constraints for 26th January.