Farmers Republic Day Tractor Rally: Pakistani planning for violence at Kisan rally, 308 Twitter handles made by them in six days 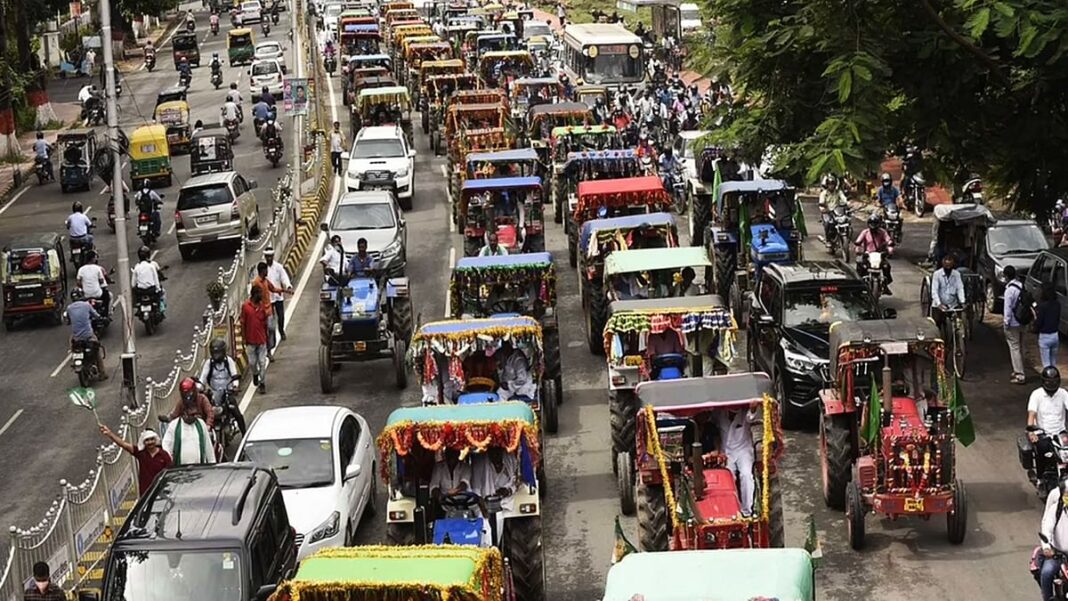 Delhi Police claimed that more than 300 Twitter accounts have been created from Pakistan to disrupt the proposed tractor parade of farmers on the occasion of Republic Day. Regarding the detailed plan related to the tractor parade, Special Commissioner of Police Deepender Pathak said that after the Republic Day program concludes on Tuesday, the tractor parade will be taken out under tight security.

“More than 300 Twitter accounts have been created from Pakistan during January 13 to 18 to disrupt the tractor parade of farmers,” Pathak said in the press conference. The same type of information has been received from various agencies in this regard. However, after the Republic Day parade ends, the tractor parade will be taken out amidst tight security.

On Sunday, the police commissioner ordered that all policemen deployed for the security of Republic Day should be ready on short notice to do duty in the farmers’ tractor rally immediately after the parade. According to the police, it has been confirmed that 308 Pakistani Twitter handles have also been found that Pakistani terrorists are trying to disturb the tractor rally. Farmer leaders are also appealing that people take out a tractor rally in a peaceful manner, walk in the lane, do not do stunts, farmers are also deploying volunteers.

Thousands of farmers are protesting against the new agriculture laws on the borders of Delhi, most of them from Punjab, Haryana and western Uttar Pradesh. Farmers’ organizations allege that the new agricultural laws will eliminate the system of mandi and MSP procurement and farmers will become dependent on the mercy of big corporate houses.

Earlier, the police had asked the leaders of farmers organizations to take out the Tractor Parade out of the national capital, but they were adamant for the parade on the outer ring road of Delhi. In the fourth round of talks between the police and the farmers, an agreement was reached between the two sides on the parade.