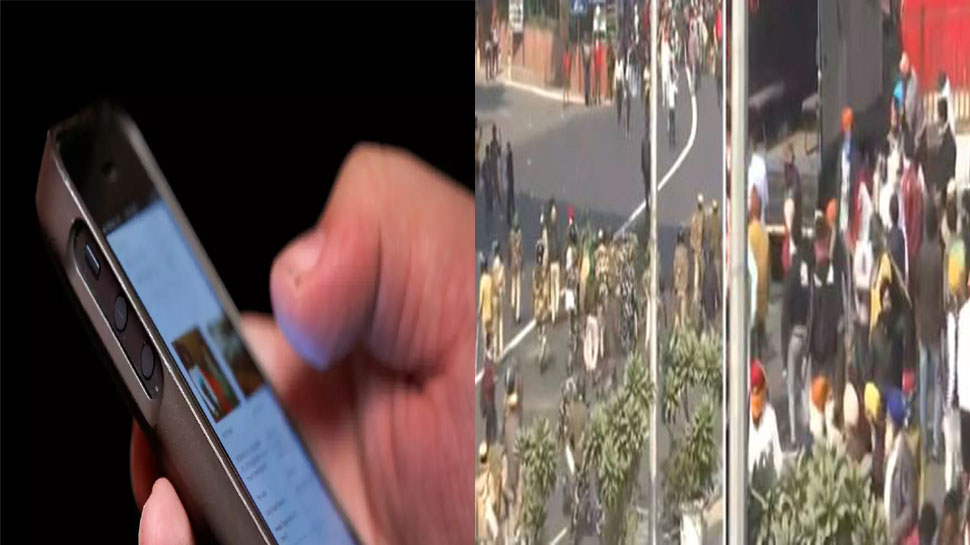 Furious agitation by farmers agitating against the new agricultural laws of the Center continues in Delhi. The farmers’ movement took a fierce form as soon as they entered the capital from the borders of Delhi. In such a situation, internet service was stopped in many places in Delhi. Apart from this, Jio has also informed its customers to stop internet by messaging. The government has taken this step so that no rumors spread during the agitation and everything is under control.

Jio has given information about this by messaging their customers living in some areas of Delhi NCR. The company has written in its message that “As per the government directive, the internet services in your area have been temporarily stopped, due to which you are not able to use these services right now. These services will be started only after getting instructions from the government. “

The order issued by the Ministry of Home Affairs states that on January 26 in areas connected with Singhu, Ghazipur, Tikri, Mukarba Chowk, Nangloi and Delhi, under Section 7 of the Indian Telegraph Act, 1885, and to establish and make public safety necessary. Internet service is being banned till 11:59 pm.

Messages in this regard are being sent by telecom operators to their customers. It states, “As per the government directive, Internet services in your area have been temporarily stopped, due to which you are unable to use these services. These services will start only after getting instructions from the government.”