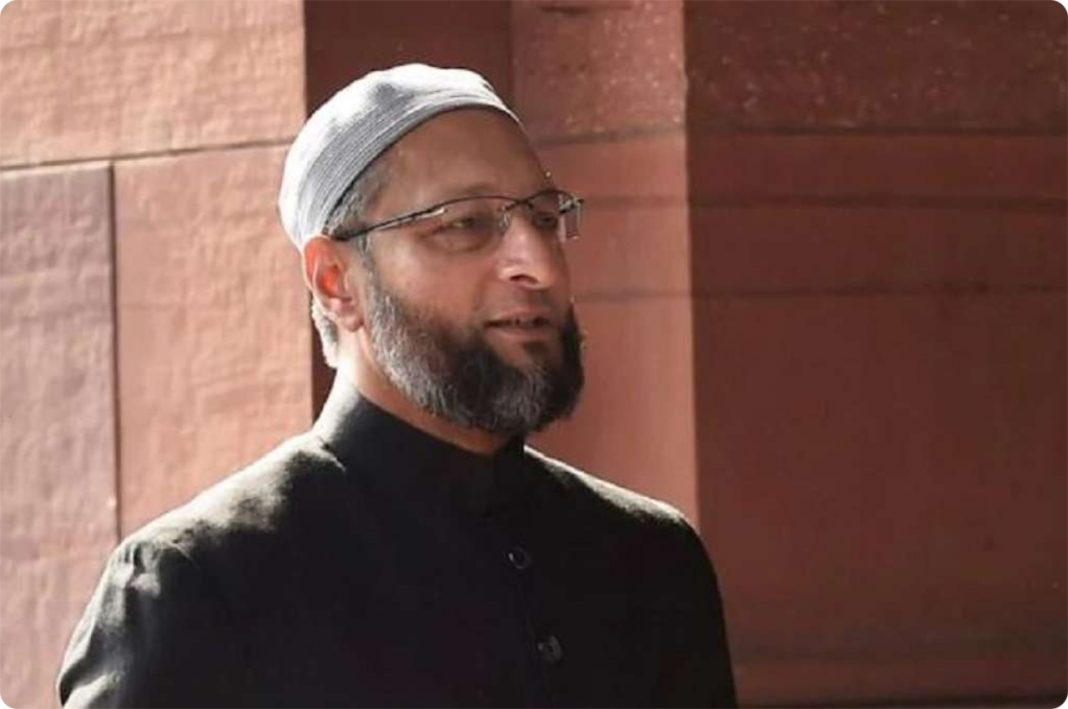 New Delhi: An FIR has been registered against the All India Majlis-e-Itthehad-ul-Muslimeen(AIMIM) chief Owaisi for the alleged attempt of spoiling communal harmony through a ‘provocative speech in Barabanki district. In his speech, Owaisi also alleged that the administration has earlier this year “martyred” a century-old mosque.

A case has been filed under various sections of IPC for alleged promotion of enmity on the ground of religion, disregarding the order of a public servant, Epidemic Act, etc, Superintendent of Police, Barabanki, Yamuna Prasad said.

“By this statement, (Asaduddin) Owaisi tried to vitiate communal harmony and incite feelings of a particular community. He also made indecent and baseless remarks against the PM and the Uttar Pradesh chief minister,” he said.

In a sly attack on PM Modi, Mr Owaisi had earlier alleged there have been efforts to turn the country into a “Hindu Rashtra” since he came to power seven years back.

“Ever since Narendra Modi became prime minister, efforts are on to demolish secularism and make the country a Hindu Rashtra,” he had said.

Criticising the triple talaq law, Mr Owaisi said, “BJP leaders talk about injustice against Muslim women subject to talaq but remain mum on the issue of the plight of Hindu women discarded by their men.””My bhabhi (PM Modi’s wife) stays alone in Gujarat but nobody has an answer for her,” he had said.