Support Us
More
More
HomeNATIONFIR has been filed against Kalicharan Maharaj for using derogatory words against...
NATION
December 27, 2021 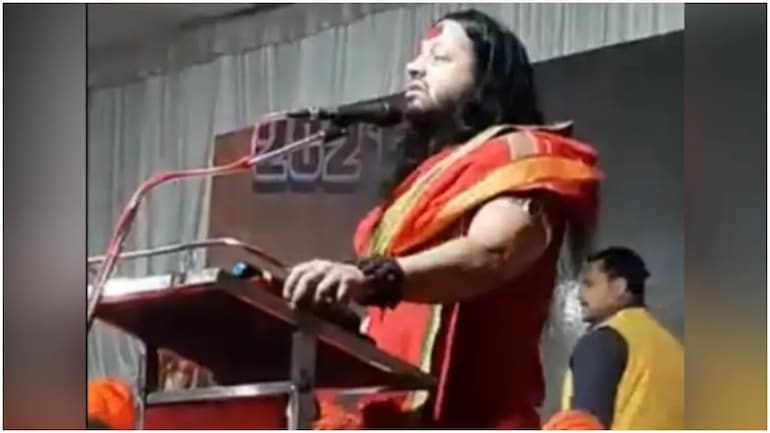 Raipur police have filed an FIR against Kalicharan Maharaj for using derogatory statements against Father of nation Mahatma Gandhi and hailing Nathuram Godse for killing the father of the nation.

The former mayor of Raipur Pramod Dubey have filed this FIR against Kalicharan Maharaj was filed at Tikrapara police station in Raipur.

Kalicharan has been booked under sections 505(2) [Statements creating or promoting enmity, hatred or ill will between classes] and section 294 [obscene act in any public place] of the IPC.

Yesterday while speaking at the Dharam Sansad held at Ravan Bhata ground in Raipur, Kalicharan Maharaj alleged that “the target of Islam is to capture the nation through politics.”

He also said, “I salute Nathu ram Godse that he killed Gandhi.”

Kalicharan derogatory word’s came just days after a religious assembly in Haridwar made headlines over provocative and communal speeches made by Hindu religious leaders against minority communities during the event.

While, in an alleged reference to the remark by Kalicharan Maharaj, Congress leader Rahul Gandhi took to Twitter and quoted Mahatma Gandhi.

“You can chain me, torture me, you can destroy this body, but you can’t imprison my thoughts – Mahatma Gandhi,” Rahul Gandhi tweeted.