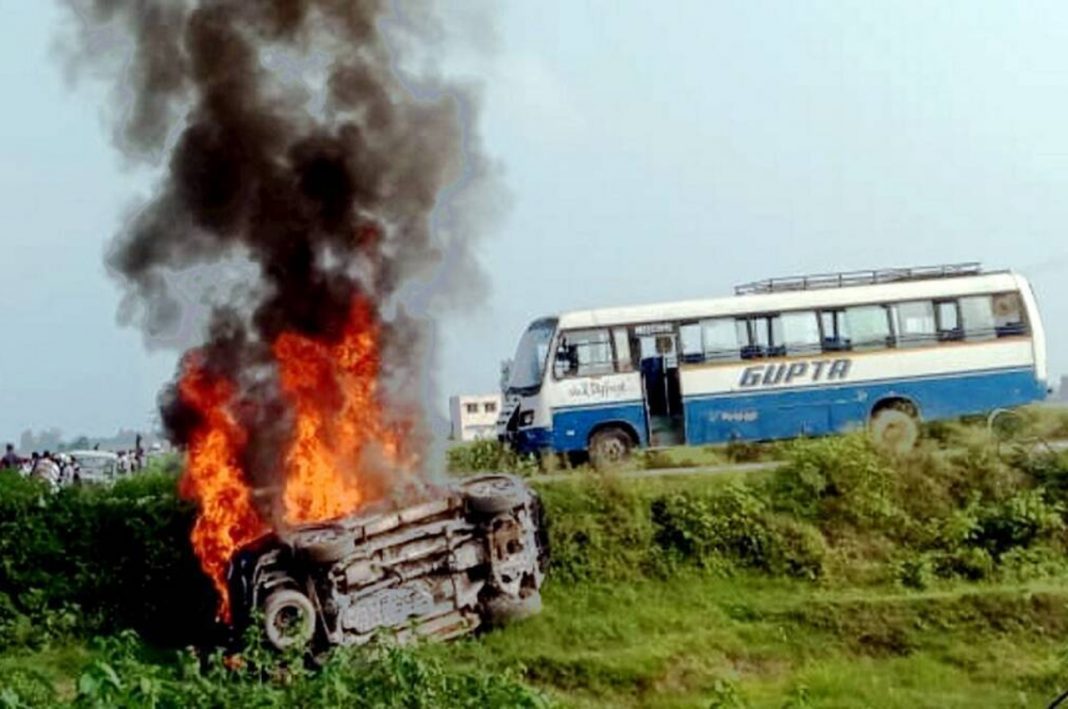 On expected lines, the Forensic Science Laboratory on Tuesday confirmed that licensed guns of Ashish Misra and Ankit Das were indeed fired during the Lakhimpur Kheri violence that killed several people on October 3.

The Lakhimpur police had seized Ankit Das’s repeater and pistol and Ashish Mishra’s rifle and revolver after their involvement in the case came into light. All the firearms were sent for forensic testing on October 15.

A few videos of the incident also surfaced on the internet wherein Ashish Misra, son of state minister Ajay Misra Teni, was seen firing his pistol.

As many as eight people were killed in the October 3 violence, which took place during a protest over Uttar Pradesh Deputy Chief Minister Keshav Prasad Maurya visit to Lakhimpur Kheri.  While four farmers were reported dead on the spot, a journalist was also knocked down by BJP workers’ car.

Ashish Mishra, Ashish Pandey and Lavkush Rana are among the 13 people who have been arrested in connection with the death of the farmers.

Meanwhile, the Supreme Court heard the Lakhimpur Kheri farmers’ killing case on Monday and, for the third time in recent weeks, expressed dismay at how it was being handled.