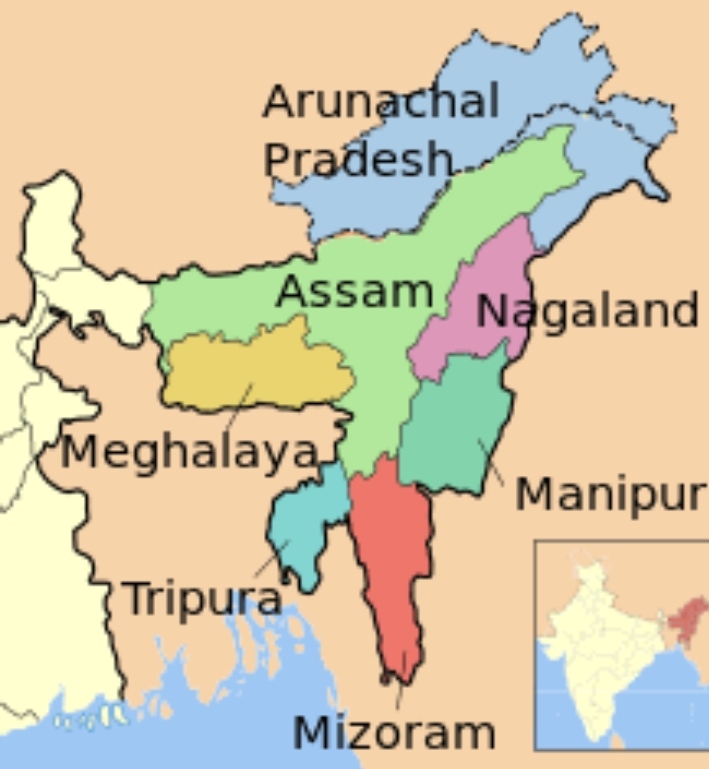 The year 1971 is special because of an important event in the history of India, because this year India got 3 more states.

On January 21, 1972, India got three states as Manipur, Tripura and Meghalaya. It has been 49 years since the northeastern states of Manipur, Meghalaya and Tripura became separate states.

Manipur, Meghalaya and Tripura were given separate state status on 21 January 1972 under the North-Eastern Areas (Reorganization) Act 1971.

After the first Anglo-Manipuri war in 1891, this state came under British rule. Many heroes sacrificed their lives in this war. Yuvraj Tekendrajit and General Thangal were hanged after the British captured Imphal. On August 15, 1947, just a few days before the British Raj came to an end, the Raja of Manipur accepted the rule of India on August 11, but acquired internal sovereignty in the state.

After all, the Maharaja was under pressure and signed a merger agreement with the Government of India on 21 September 1949. This agreement came into force on 15 October. The direct rule of the Center remained here for many years, but in 1972 Manipur got the status of a separate state in India. Manipur has always been known by names like Mitalipak, Kanglepak and Maitrabak. Apart from these names, this state has also been known by twenty other names.

The literal meaning of Manipur is also ‘the land of gem’ or ‘land of gems’. The beauty and grandeur of nature is abundant in Manipur. The rare species of deer that grows on the mountains of Sangai and Siroi is ‘Siroy Lily’. St. Clair Grimwood described Manipur as’ the most beautiful place in the world. The late Pandit Jawaharlal Nehru had expressed his reverence for this place in the most appropriate manner by calling it ‘the gem of India’. Manipur is bounded by Nagaland in the north, Mizoram in the south, Upper Myanmar in the east and Cachar district of Assam in the west.

In another tweet, he said, “Best wishes to the people of the state on the foundation day of Tripura. People all over India appreciate the culture of Tripura and the warm nature of the people. The state has made spectacular progress in different areas. Wish the same sentiment prevails. ”

Greeting the people of Meghalaya, the Prime Minister said that the state is known for its good sense of brotherhood and brotherhood. He said, “The youth of Meghalaya are creative and entrepreneurial. May the state touch new heights of progress in the coming days. “