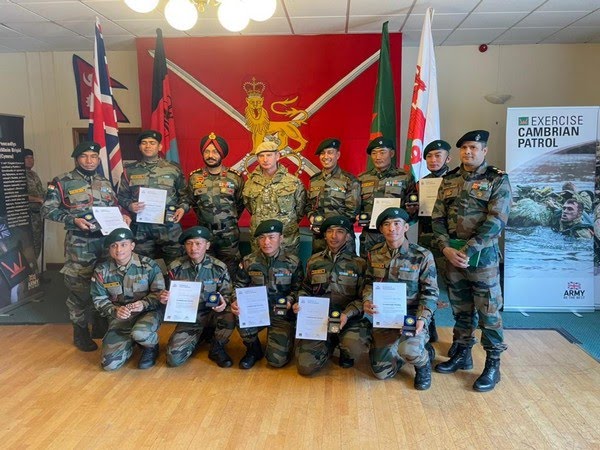 The Indian Army has set a record at the prestigious Cambrian Patrol Exercise at Brecon in the United Kingdom’s Wales by winning a gold medal.

The exercise took place from October 13 to 15.

At the excerise, the Indian Army’s frontier force, the 4/5 Gorkha Rifles, represented the country. Apart from the Indian Army, 95 other teams took part in the competition. The exercise included special forces and infantry regiments from throughout the world.

The event is considered the ultimate test of human endurance and team spirit and is considered the “Olympics of military patrolling”. The Indian Army team performed well in harsh terrain and inclement weather. These conditions added to the challenges of simulated situations to assess the reaction of the teams in a combat setting.

The Indian Army team was lauded on its navigation skills, delivery of patrol orders and overall endurance for completing the patrol, said a statement from the Indian high commission in London.

General Sir Mark Carleton-Smith, the Chief of General Staff of the British Army presented the gold medal to the team members in a formal ceremony on October 15, 2021.

This year, out of 96 participating teams, only three international patrols have been awarded a gold medal till phase 6th of this Exercise. (ANI)