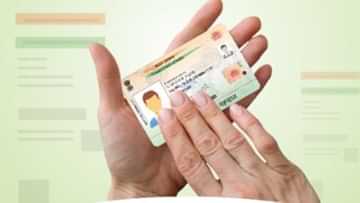 The government has issued a new rule regarding Aadhaar verification. This new rule is regarding offline verification of Aadhaar. Now people will be able to verify their Aadhaar offline or without any internet or online. For this a digitally signed document will have to be provided. This digitally signed document should be issued by the Unique Identification Authority of India (UIDAI), the government body of Aadhaar. The last four characters of the user’s Aadhaar number are given on this document.

The government notified the Aadhaar (Authentication and Offline Verification) Regulations, 2021 (Regulations) on 8 November 2021 and published them on the official website on 9 November 2021. These rules lay down the detailed process for offline verification of Aadhaar for e-KYC. Here KYC stands for ‘Know the Customer’ which will be completely electronic. Hence its name has been given as e-KYC.

Aadhaar Paperless Offline E-KYC refers to the digitally signed document that is issued by UIDAI. This document contains information about the last 4 characters of the Aadhaar number, name, gender, address, date of birth and photo. The new rule issued by the government gives the right to the Aadhaar holder to refuse the verification agency that no e-KYC data of his should be stored. E-KYC data will be used only when the verification is to be done, otherwise the agency will not retain any information of the Aadhaar holder. At the behest of the user, the Aadhaar Verification Agency will have to delete all the data and the user will have to give an acknowledgment about it.

As per the rules, UIDAI will provide the following types of offline verification services:

Offline Paper Based Verification
Any other mode of offline

Verification introduced by UIDAI from time to time

There are many other existing systems for online Aadhaar verification. Following are the various methods of Aadhaar Verification which are present along with offline options: