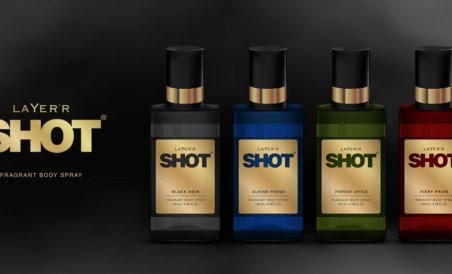 The Ministry of information and Broadcast has ordered social media platforms to take down a controversial advertisement by perfume brand Layer’r for their body spray ‘Shot’.

A letter sent by the ministry to Twitter and YouTube states that the ’video is detrimental to the portrayal of women in the interest of decency or morality’ and that it violates the Information Technology (Intermediary Guidelines and Digital Media Ethics Code) Rules of 2021.

The advertisers were berated on social media for promoting ‘rape culture’.

In one of the advertisements, four men are seen having a conversation at what looks like a beauty section in a convenience store. Upon seeing the last bottle of Layer’r perfume in the rack, the men discuss who will take the bottle of the body perfume as there’s only one remaining. But the way they discuss it sounds appalling to a woman who is seen with a cart.

“Hum chaar aur ye ek.. Shot kon lega…(We’re four and there’s only left..Who will take the shot?),” the men discussed. Upon hearing their discussion, the woman turns back shocked and angered at them. However, to her surprise, she finds that the men are discussing ‘Shot’, the body spray.

In the second ad, a couple is shown in the bedroom. In the next scene, four male friends of the guy comes to the room and ask, “Shot mara lagta hai (It looks like you have hit a shot?”, to which he responds, “ha mara na (yes, I did). In the next scene, a friend says, “ab humari baari (it’s now our turn), and goes on to pick up a body perfume bottle kept aside from the bed in the room.

The advertisement, which made distasteful comments suggesting gang-rape, was panned on social media with Advertising Standards Council of India (ASCI) making it clear that the advertisement was in violation of its guidelines.

The ASCI, the body which lays down the code for self-regulation in advertising on TV in accordance with rule 7(2)(ix) of the Cable Television Network Rules 1994, tweeted, “the ad is in serious breach of the ASCI Code and is against public interest. We have taken immediate action and notified the advertiser to suspend the ad, pending investigation.”

The video garnered over 90k views after being shared online. The advertisement and the brand were brutally slammed by angry netizens who expressed their disgust in the comments section.

“What on earth is this and how is this related to promoting a deo? Like what,” a user wrote.

Another user commented, “This is horrific! I winced, not cringed. I’m fairly certain no women were consulted during the creative process. Such a triggering piece.”