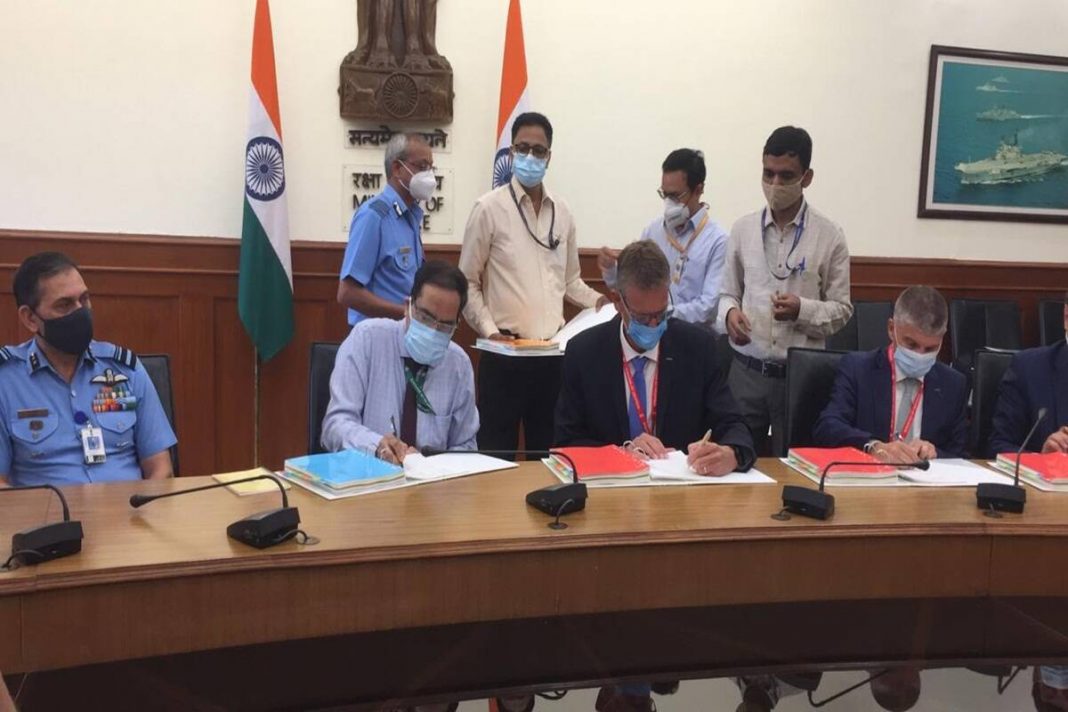 The Defence Ministry on September 24 signed a ₹22,000-crore contract with Airbus and Space S.A., Spain, for procurement of 56 C-295MW transport aircraft to replace the Avro-748 planes of the Indian Air Force.

The long-pending procurement was cleared by the Cabinet Committee on Security two weeks back.

Under the deal, 16 aircraft will be delivered in a flyaway condition by Airbus Defence and Space within 48 months of signing the contract.

The remaining 40 planes will be manufactured in India by a consortium of the Airbus Defence and Space and Tata Advanced Systems Limited (TASL) within 10 years of signing the contract, officials said.

The Chairman of Tata Trusts, Ratan Tata, congratulated the Airbus Defence, Tata Advanced Systems Limited and the Defence Ministry on the inking of the contract.

This will be the first time an Indian private sector company will manufacture a military aircraft, though with transfer of technology from a foreign firm, breaking the virtual monopoly of defence PSU Hindustan Aeronautics Ltd (HAL) in the field.

The defence acquisition council accorded its acceptance of necessity (AoN) to replace the Avro planes with 56 new aircraft in 2012. Under India’s defence procurement rules, AoN by the council is the first step towards buying military hardware. The Avro-748 entered service in the early 1960s and has been long due for replacement.

ALSO READ: NSS Awards: to be confer by President Kovind for 2019-20