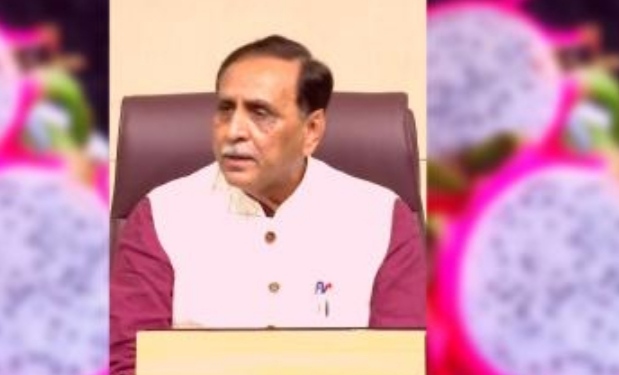 The fruit known as Dragon Fruit in the country and the world will now be recognized as Kamalam Fruit in Gujarat. The Gujarat government says that the use of the word dragon in some fruit does not seem right. Chief Minister Vijay Rupani said that the dragon fruit resembles lotus, hence this fruit is named after the Sanskrit word Kamalam.

Chinese dragon fruit will now be known as Kamalam in Gujarat. In the last few years, farmers have been cultivating dragon fruit in the area around Kutch in Gujarat and Navsari in South Gujarat. Dragon fruit is also being produced here in large quantities. The government believes that the word dragon should not be used in any fruit.

Rupani said, ‘The state government has decided to change the name of Dragon Fruit. The outer shape of the fruit is like lotus, so the dragon fruit will be renamed as Kamalam. ‘ He said, ‘We have changed the name of the dragon fruit associated with China.’ Kamalam in Sanskrit means lotus. Increasingly popular in recent years, dragon fruit is a tropical fruit with a unique look and taste.

Talking with the media on Tuesday during the inauguration of the Chief Minister’s Horticulture Development Mission, Rupani said, ‘We have applied for the patent of Dragon Fruit to be called Kamalam, but till now we have been decided by the Gujarat government to bring the fruit Kamalam will say.

The CM said that even though this fruit is known as dragon fruit, it does not seem appropriate. The word Kamalam is a Sanskrit word and the fruit has a lotus shape, so we have decided to call it Kamalam and there is nothing political in it. ‘