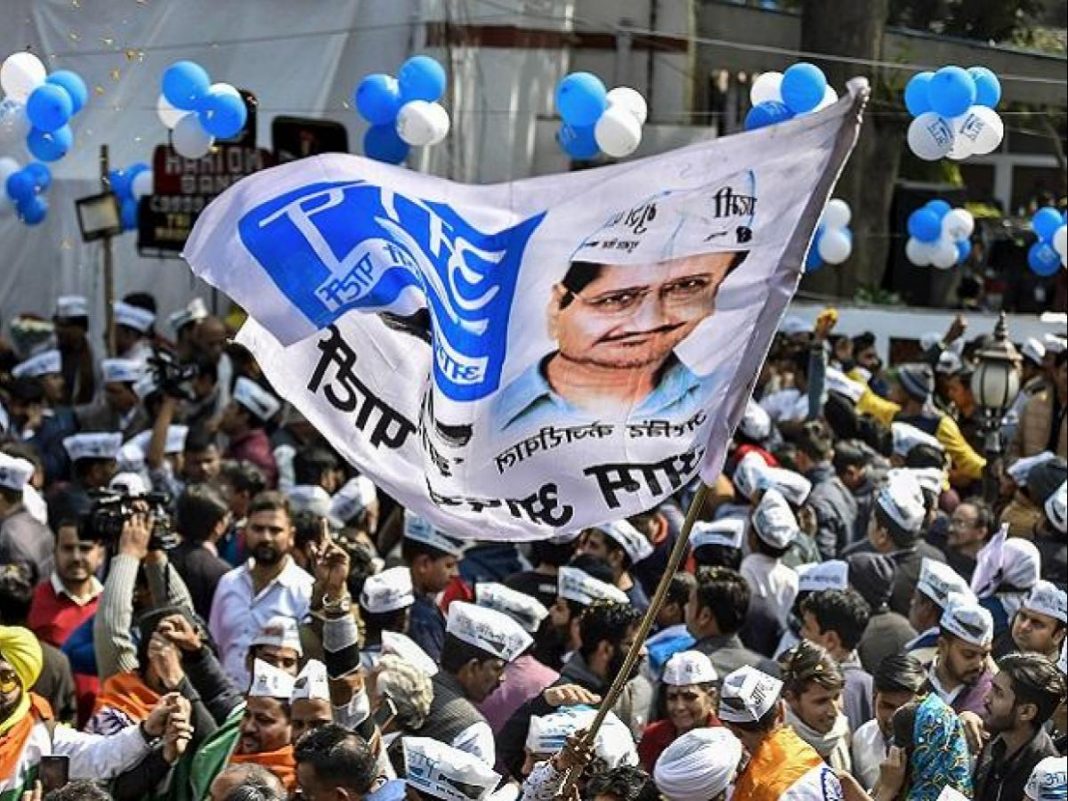 Gandhinagar police have detained about 70 Aam Aadmi Party (AAP) leader for creating fuss at the BJP office in the state.

Police came into the matter after two BJP female workers lodged complaint against few of the AAP leaders and they claimed that some of them were even drunk.

“We have detained around seventy AAP leaders and workers including Isudan Gadhvi, Gopal Italia, Nikhil Savani, Pravin Ram and others based on an FIR lodged against a mob of around four hundred people. The police will produce all of them in the court on Tuesday,” Mayur Chavda, the Gandhinagar SP told reporters.

In the complaint filed, it was mentioned that AAP leaders and cadres entered state BJP headquarters in Gandhinagar ‘Shri Kamalam’ in the afternoon and staged protest over the leak of question papers of head clerk exams.

Another female BJP member, Shraddha Jha said, “AAP leaders initially were shouting slogans, but then they started using abusive language. They were apparently here to create ruckus. I along with Shraddha Rajput asked AAP women to leave the place after token protest but we were attacked. They had come here with the intention to create ruckus. AAP male members were beating up BJP’s two women cadres with sticks.”

Jha said, “Many of the protesters smelt of liquor consumption and they were definitely drunk.”