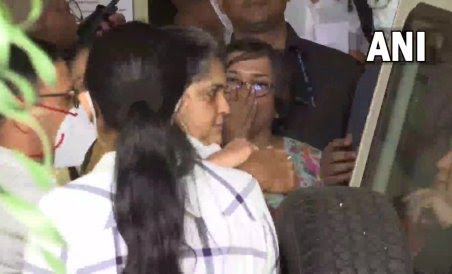 The Gujarat ATS on Saturday detained activist Teesta Setalvad from her house in connection with a foreign fund case related to her NGO. Teesta Setalvad ‘s NGO had provided information about the 2002 riots to the police and her name has been mentioned in the Supreme Court judgment which upheld the SIT’s clean chit to Narendra Modi.

The move of the Gujarat ATS comes hours after Union home minister Amit Shah in his interview with news agency ANI slammed Teesta Setalvad and said her NGO gave baseless information about the Gujarat riots.

The officials arrived at her residence at 3 pm in the afternoon. Setalvad was then taken to the Santacruz police station.