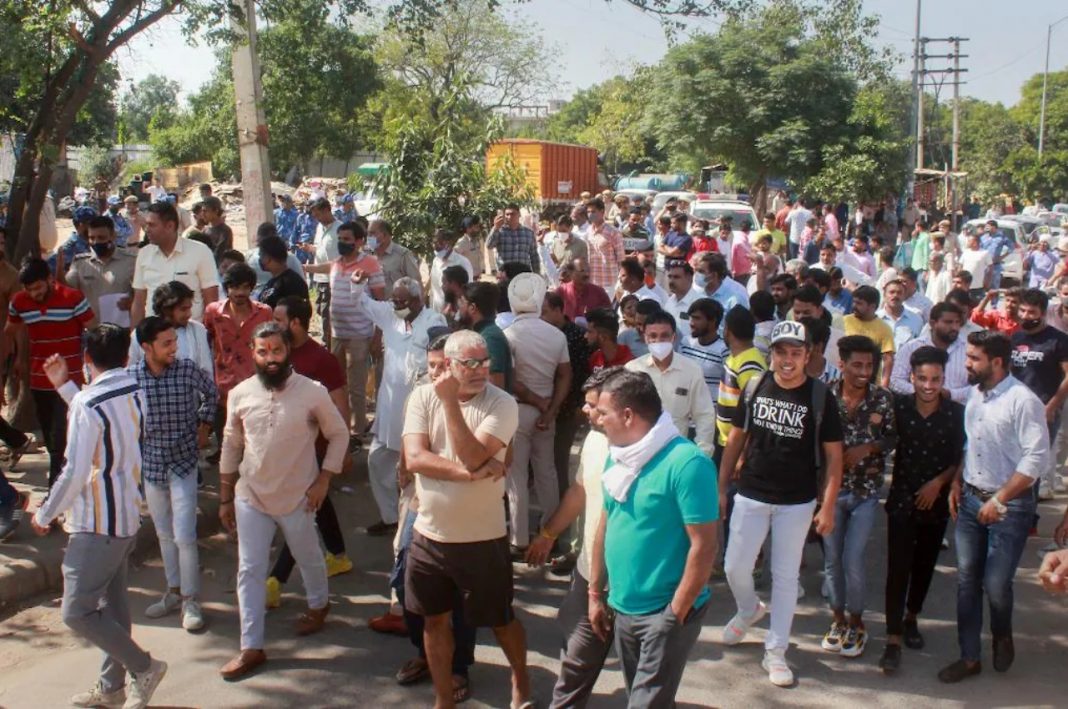 Bajrang Dal and local residents in Haryana’s Gurugram held a protest against namaz( prayers performed by Muslims). The protestors could be heard chanting ‘Jai Shri Ram’ from across the road when Namaz was being offered on the privately owned plot of land.

it’s been few weeks since residents of Sector 47 of Gurugram have been demonstrating against namaz being offered in a government owned land. What started in sector 47 have now spread in the other parts of the city as well. Protestors are of belief that “mischevious elements’ and members of Rohingya community pose as a threat to the environment and have appealed to top police officials to check the identity cards of those offering the prayers.

The place where namaz is offered in Sector 47 is one of the 37 sites designated by the administration where prayers can be offered in the open. The negotitation was finalied in 2018. However, the locals have said that the arrangement was not a permanant one.

Advocate Kulbhushan Bhardwaj said, “There was heavy police deployment in the area on account of the protest. The protesters were pacified and both sides were asked to sit together and find a solution. Krishan Pal Gurjar, Union minister of state, said people should not protest in the areas designated by the district administration for prayers.”

Meanwhile, Krishan Pal Gurjar said, “Earlier, there was a protest in Sector 47 regarding namaz in the open. Now, it has started elsewhere as well. It has to be seen how the district administration will resolve this protest and end this issue.”