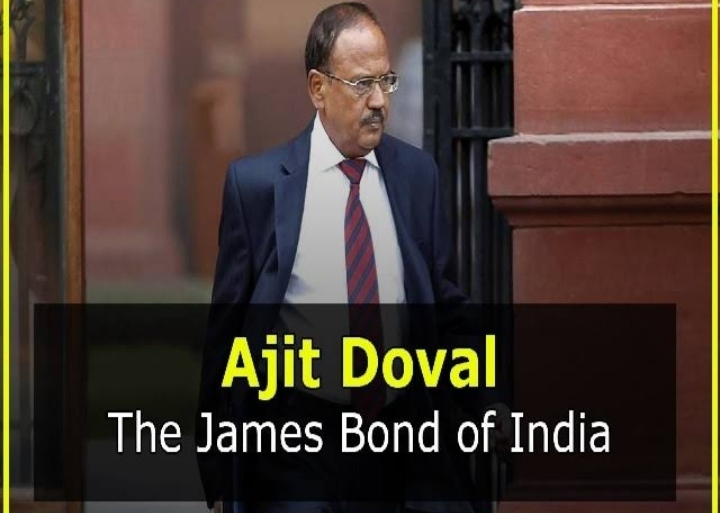 He is an Indian who does not shy away from openly warning Pakistan to snatch Balochistan instead of another Mumbai.

He was a Muslim in Lahore, Pakistan, to protect his country for 7 years. He is the only citizen of India who has been awarded the military honor Kirti Chakra. He is the first police officer to receive this honor.

Modi government was formed in 2014. Ajit Doval was first appointed as the National Security Advisor of the country as soon as the government was formed at the Center. From this it was proved how much PM Modi trusts Doval. Doval is still surveyed in the operation inside and outside the country. At the same time, they make a complete strategy and also plan how that strategy will work. The role of surgical strike or air strike Doval was the most important on Pakistan.

Pakistan was continuously provoking the movement of Kashmir. After the abolition of Section 370, Doval himself took to the streets of Kashmir and took the people into confidence. Doval also remains a target of terrorists. But regardless, he spent a lot of time in Kashmir and interacted with people.

Doval had been a Pakistani Muslim in Lahore, Pakistan for seven years as an under cover agent of RAW. In June 1984, he became the hero of victory in Counter Operation Blue Star of the terrorist attack on Golden Temple in Amritsar. Ajit Doval became a rickshaw wala inside the temple and informed the army about the terrorists, based on which the Indian Army was successful in the operation.

Ajit Doval is the only bureaucrat in India who has been awarded the Gallantry Award in Kirti Chakra and Shantikal. Doval has been a part of several security campaigns. Due to this, he has established many records in the world of espionage. Ajit Doval was born in 1945 in Pauri Garhwal. He studied at Ajmer Military School. Doval, a 1968 batch IPS officer from Kerala, joined the Intelligence Bureau (IB) in 1972, four years after his appointment.