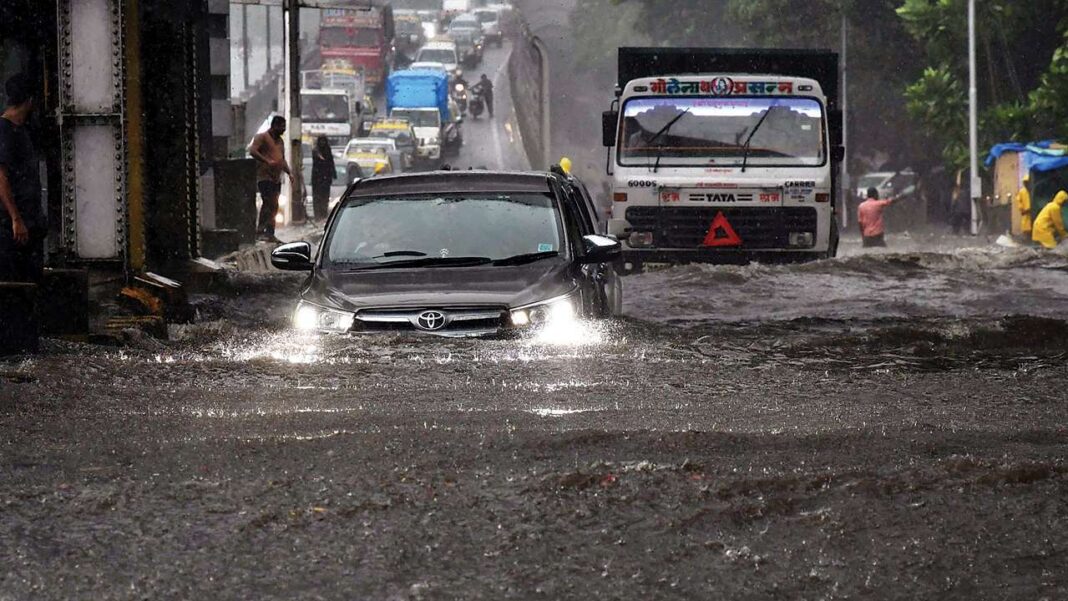 The process of rain continues continuously in the entire country including the national capital Delhi. The people of Delhi have got relief from the scorching heat due to heavy rains, but they are facing the problem of water logging. At the same time, many roads were submerged in Mumbai and the traffic system has collapsed. Apart from this, people in Gujarat, Madhya Pradesh, Uttar Pradesh and Rajasthan are also troubled by heavy rains. Flood-like situation has occurred in many areas.

Heavy rains lashed Delhi on Wednesday morning with knee-deep water in low-lying areas and traffic was disrupted in many parts of the city. India Meteorological Department (IMD) officials said the Safdarjung observatory recorded 112.1 mm of rain in the last 24 hours till 8.30 am on Wednesday, the highest in 12 years.

http://25 Indian nationals living in Afghanistan are on the radar of NIA

Delhi Traffic Police has issued an advisory to block traffic on the Azad Market Subway leading to Pratap Nagar due to heavy waterlogging. He said that the Zakhira underpass is also closed due to waterlogging. The Meteorological Department has predicted more rain during the day.