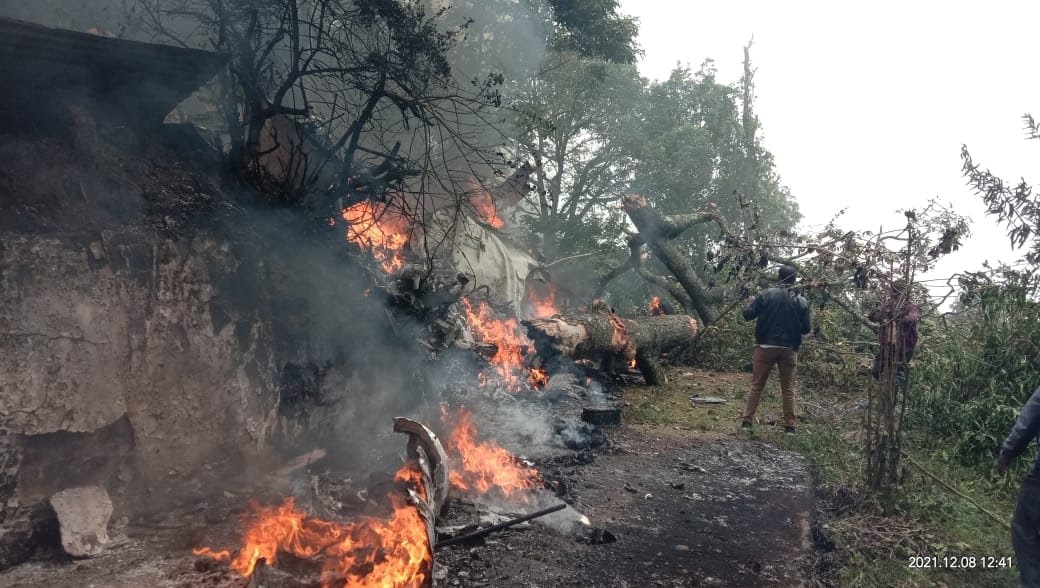 An Indian Air Force (IAF) helicopter with Chief of Defence Staff (CDS) Gen Bipin Rawat on board crash took place in the Nilgiris shortly after the Russian-made Mi-17 V5 chopper took off from the army base in Sulur in Coimbatore for the Defence Staff Services College in Wellington.

At least eleven persons were killed in the mishap that happened reportedly due to low visibility due to foggy conditions, reported news agency- Tamil Nadu forest minister K Ramachandran.

As per the police sources, the chopper was on its way from the Sulur IAF base to the Defence Services College (DSC) at Wellington when it crashed. Emergency and rescue operation teams are present at the spot. Three on board were seriously injured and taken to a hospital. Identification of the deceased is under way.

There is no clarity yet on the condition of CDS Rawat.

The IAF has ordered an inquiry into the accident.