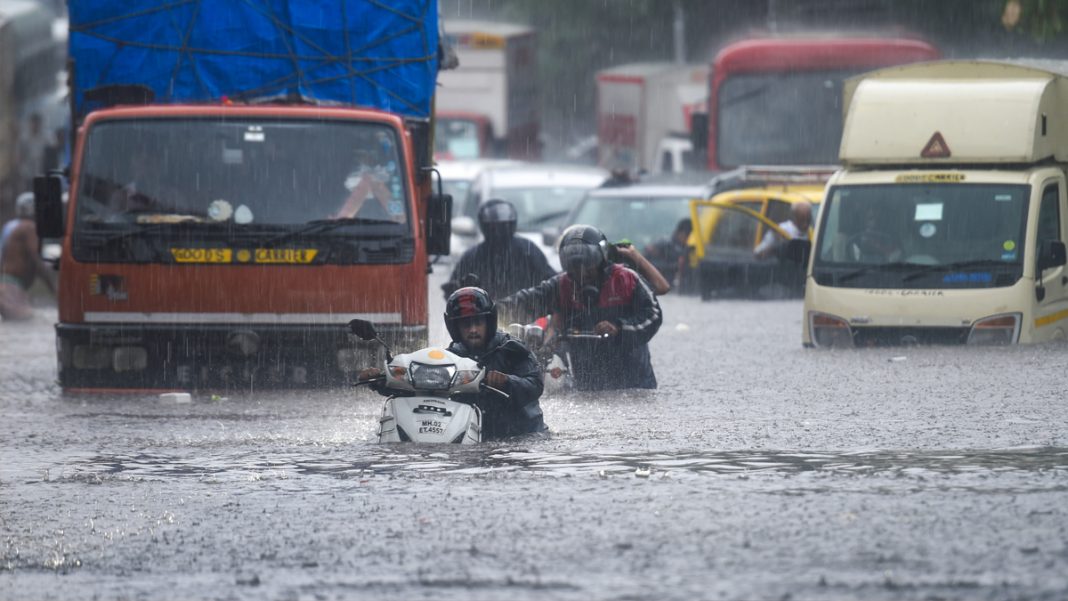 Heavy rain alert has been issued in Mumbai today. The Meteorological Department has issued a red alert for Mumbai. Disaster Management and NDRF teams are also deployed. There is a possibility of high tide of 4.26 meters in Mumbai at around 12.15 pm today. It has been raining incessantly in Mumbai since yesterday morning.

BMC’s claims were exposed in Mumbai in the first rain itself. Normal life was completely disrupted due to water logging in many areas. The houses of many people were flooded. People’s fridge, chair, table and all their belongings were drowned. Mithi river swelled up in the first rain of the monsoon. As a result, the ground floors of the nearby houses were submerged. People became homeless.

The rain turned the roads into rivers. The arrangements to drain water from the roads once again proved to be a failure. Many areas were affected. The Andheri subway was full. King Circle and Matunga were flooded. The result was that the two wheelers became pedestrians. Many people were seen pulling the damaged vehicles.

Heavy rains inundated various parts of Mumbai forcing the traffic police to shut down four subways while many drivers were forced to leave their vehicles on the roads.

Local train services, which are plying only for workers engaged in health and other essential services, were also disrupted.

Somnath Gharge, deputy commissioner of police (traffic), western suburb, told PTI, “We have closed four subways due to water logging up to two feet at some places. However, traffic is smooth on SV Road, Linking Road and Western Express Highway.

The Chief Minister’s Office (CMO) said that the Meteorological Department has predicted moderate to very heavy rains in the next three days. The CMO said that the Chief Minister has asked the officials to ensure that the residents of the coastal region are not inconvenienced and where necessary, relief operations are initiated.

Maharashtra BJP leader Ashish Shelar has hit out at the Brihanmumbai Municipal Corporation (BMC) for water-logging at various places in Mumbai due to heavy rains and said that the claim of completing the cleaning work before monsoon has been exposed. He alleged that in the last five years, there were widespread irregularities in the cleaning of drains, sewers and open drains of Mumbai.