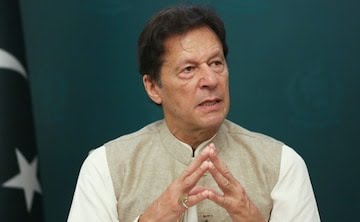 In her address at an event on Tuesday, the PML-N Vice President said: “Imran Khan is a gang leader… his political campaign is more dangerous than terrorism,” Geo News reported.

Maryam Nawaz said Khan had said in a recent interaction that his party workers were armed, whereas in her rallies, “not a single person carries weapons”.

The PML-N leader asked Khan to remove the “political veil” from his face if he wants to continue committing terrorism in Pakistan, as once the authorities see his real face, he would be dealt with like “terrorists”.

“Imran Khan has put up a political facade and is involved in armed terrorism under its guise […] and he knows that once November passes, his conspiracy will fail,” she said, Geo News reported.