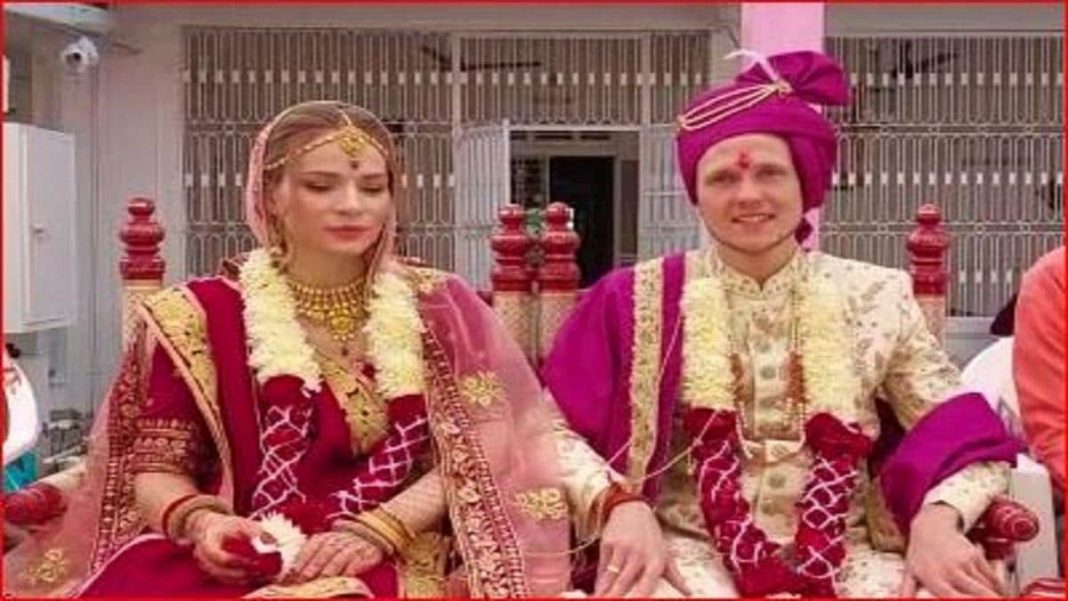 The marriage of a foreign couple in Himmatnagar of Gujarat remains a topic of discussion. Here Chris Müller of Germany married a school teacher from Russia, Julia Ukhvakatina, according to Hindu rituals. Both of them performed Ganesh Puja, Haldi ceremony, and Saptapadi and other rituals.

A close aide of Muller, a resident of Gujarat, who attended the wedding, told that he played garba and touched the feet of elders for blessings. Muller, who has traveled to almost every continent of the world, chose India as his wedding destination. Muller did this because he felt homely atmosphere in India.

According to the news of Times of India, Lavish is one of those living life. He left his home in search of spirituality. Even sold his prized sports car. Muller, who has traveled to almost every continent of the world, met Julia Ukhvakatina, a Russian teacher in Vietnam.

After learning spiritual science in 2019, the couple planned to get married the Hindu way. During this he met Lalabhai Patel, a resident of Sarodiya village of Himmatnagar. Both of them went to Lalabhai Patel’s village Sarodiya where they fell in love.

On December 19, Chris Muller and Julia Ukhvakatina tied the knot. Due to the ongoing restrictions because of Covid epidemic, the parents of both of them could not attend this marriage. In such a situation, Lalabhai Patel and his wife performed all the rituals. The procession went to a village near Sarodiya where the villagers welcomed her. Muller said that India may not be as developed in material terms as other countries of the West, but in spiritual terms it is “fully developed”.

Muller and Julia have been living in India for the last three years. Currently, Muller is the CEO and Founder of Spiritio UG and Inner Living Pvt Ltd, providing mentoring and coaching on personal development and inner development. He also conducts seminars and workshops on breathing techniques.