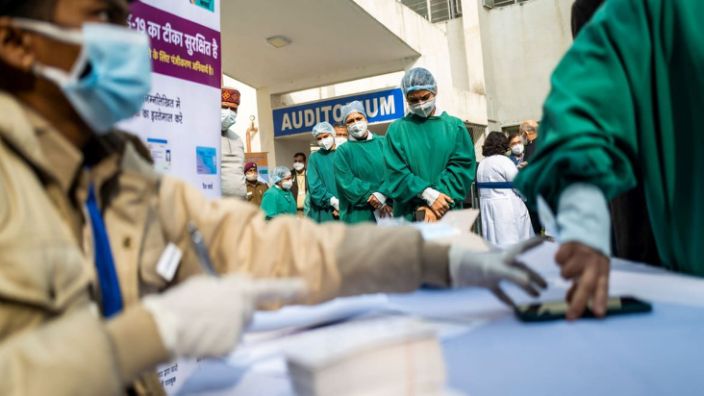 The total number of people vaccinated in India with two indigenous vaccines is now more than 13 lakhs. India has crossed the 10 lakh vaccination mark in just 6 days which is the highest in the world. The world’s biggest vaccination drive is under and the government is planned to vaccinate more and more healthcare workers and frontline COVID warriors in the first round of the vaccination drive.

India is often described as the “pharmacy of the world” and with such a new record, the nation has now set a benchmark to most of the countries in the world. Earlier it was Israel who vaccinated 10 lakhs peoples in just 10 days but now it’s stale.

The country is getting vaccinated with two approved vaccines COVISHIELD and COVAXIN, which are developed by Oxford University in partnership with AstraZeneca and Bharat Biotech in partnership with the Indian Council of Medical Research respectively.

Recently an official statement has also come that Prime Minister along with Chief Ministers above 50 years old will also take the COVID vaccine jab in the coming days.

“This scale of vaccination campaign has never been attempted in history and this shows India’s capability,” Prime Minister Narendra Modi had said while opening the vaccine rollout on Jan. 16.