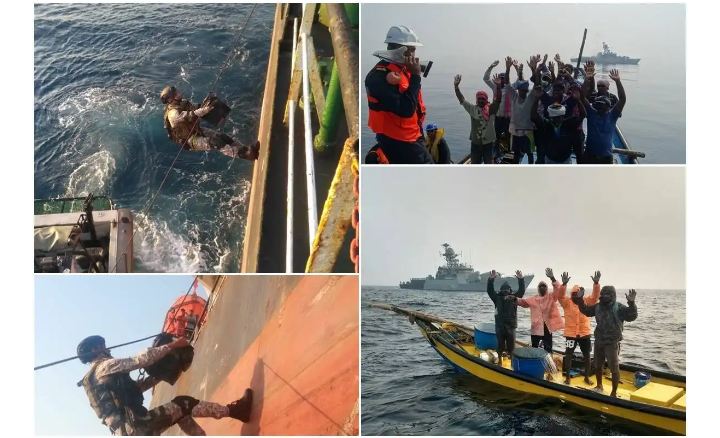 The Indian Navy will hold a pan-India coastal defence exercise starting Tuesday. The two-day mega defence exercise will kick start on Tuesday and cover the country’s 7,516 km coastline and exclusive economic zone, as per officials.

The exercise which is being coordinated by the Indian Navy will be involving all the 13 coastal States and Union Territories, other maritime stakeholders, and this includes the fishing and coastal communities.

The entire coastal security set-up was reorganised after the 26/11 terror attack in Mumbai, which the Pakistan-backed terrorists carried out by the sea route.

“The scale and conceptual expanse of the exercise is unprecedented in terms of the geographical extent, the number of stakeholders involved, the number of participating units, and objectives,” the Indian Navy said.

It said the scale and conceptual expanse of the exercise are “unprecedented” in terms of the geographical extent and the number of stakeholders involved, units participating and objectives to be met.

“The exercise is a build-up towards the major theatre level exercise TROPEX which Indian Navy conducts every two years,” it said.

All the assets of the Indian Navy, Coast Guard, Customs and other maritime agencies will be participating in SEA VIGIL.

The conduct of Sea Vigil is also being facilitated by major ministries including of Defence, Home Affairs, Fisheries, Customs, Shipping, Petroleum and Natural Gas, State Governments and other agencies of Centre/ State.

This exercise which is being conducted for the second time is expected to provide a realistic assessment of strengths and weaknesses in coastal security. And at the end of the drill, there will be an analysis of the findings and actions will be initiated for further strengthening maritime and national security.