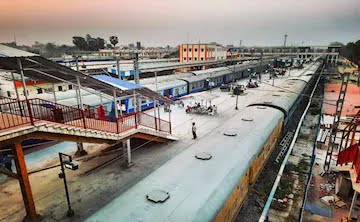 Indian Railways will operate as many as 261 Ganapati special trains to various destinations across the national transporter’s network during the upcoming Ganapati festival to clear the extra rush of passengers amid the festive session.

The special trains will be operated on special fare and will be fully reserved, according to a statement released by the Railway Ministry on Tuesday, September 7.

These trains have already started services from the last week of August and shall run till 20 September 2021. Also, sleeper class coaches are augmented in various trains originating from Mumbai to clear the rush.

Only passengers having confirmed tickets will be permitted to board these special trains. Passengers have been requested to adhere to all norms, SOPs related to Covid-19 during boarding, travelling and at the destination.

This year Ganesh Chaturthi will be celebrated on September 10. This 11 day festival will end on September 21. Lord Ganesh is worshiped on this day. This festival is mainly celebrated in Maharashtra, Gujarat, Karnataka and Uttar Pradesh. A lot of people bring the idol of lord Ganesh to their house during this festival.

For detailed information regarding timings and halts, passengers can visit the official sites — www.enquiry.indianrail.gov.in.