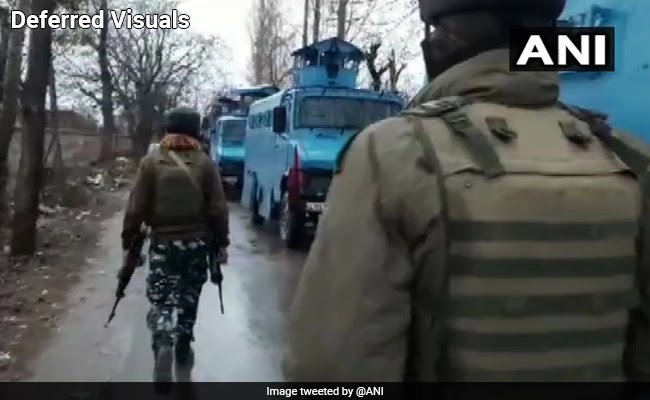 Four militants were killed by security forces in an encounter between security forces and militants in Manihal village of Imam Sahib area of ​​south Kashmir’s district Shopian, which started on Monday. The four slain terrorists have been identified. Among them, Aamir Sharif resident Batapora, Rais Ahmed Bhat resident DKpora Shopian, Aaqib Malik resident Arshipora Shopian while the fourth has been identified as Altaf Ahmed Wani. They belonged to Lashkar-e-Mustafa (LeM) and Lashkar-e-Taiba (LeT). All of them were missing from their homes for the last six months.

A large quantity of arms and ammunition have also been recovered from the site of the encounter. During this time some houses have also been damaged. After conducting a search operation in the area, the security forces announced the termination of the operation on confirmation that no other terrorists were present. A young man has also been injured in the encounter who has been admitted to the hospital for treatment.

Officials said that in the vehicles and jawans now being deployed especially in South Kashmir, a layer of security has been increased. Bullets and other explosives commonly used in AK series rifles are being attacked by Chinese technology with a layer of hard steel core. This increases the ability to penetrate tablets.

Cartridges recently found near Jem Commander Sajjad Afghani, called Armor Piercing (AP), have been found to be made of hardened steel or tungsten carbide.

The first incident of use of steel-fired cartridges came on the eve of New Year 2017, when Jaish terrorists carried out a suicide attack on the CRPF camp at Lethpora in Pulwama district of South Kashmir.