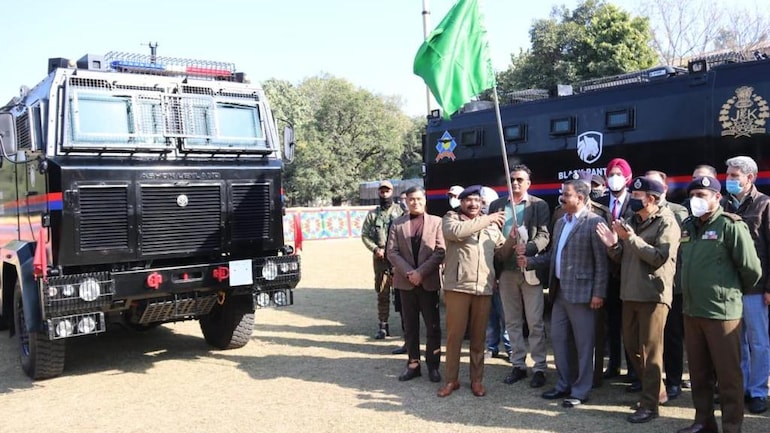 Dilbag Singh the Director-General of Police of Jammu and Kashmir said that fighting with terrorism and maintaining peace and tranquillity in J&K is a continuous process. He added that regularly successful operations against terrorism have been carried out in south Kashmir in the last few days and with more intensity anti-terror operations would continue to consolidate peace in Jammu and Kashmir.

Notably Dilbag was at an event where he flagged off several operations command vehicles, equipped with state-of-the-art technology and additional safety features to the J&K Police’s fleet. The vehicles have been named ‘Black Panthers’.

Also Read – UP: Why are candidates alleging reservation scam in 69 thousand teacher recruitment?

Talking to the media, the DGP said that the upgraded and modified version of the command vehicles is equipped with modern gadgets with additional safety features and surveillance systems. “With the help of the surveillance systems, we would be able to monitor a large area around the vehicles during any situation,” he said. Giving the example of the Nagrota encounter, the DGP said that the command vehicle used during the encounter proved extremely useful in efficiently neutralizing the terrorists.

DGP said that in the zone of Jammu, the vehicles have been provided to the Jammu district only and in future, the vehicles would be provided to other ranges as well. He said that J&K Police is planning to provide these vehicles to all districts in both Kashmir and Jammu Zone.