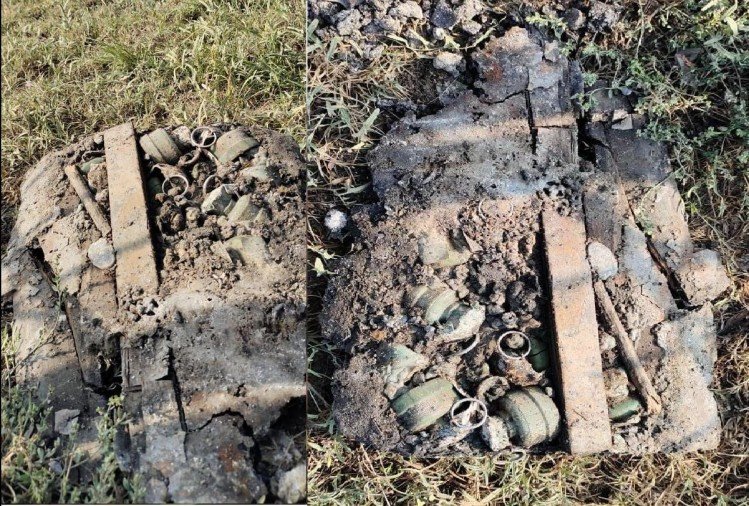 Security forces foiled a conspiracy of terrorists in Bemina area of ​​Srinagar. Six grenades kept in sand bags have been recovered. Security has been increased in the area. Jawans of the Road Opening Party recovered six grenades kept in sand bags near a divider on National Highway-44. These are all Chinese made grenades. A big terrorist conspiracy has failed because of the intelligence of the soldiers. The police have taken all the grenades in their possession.

According to media reports in the last few weeks, there has been an increase in the incidents of targeting of soft targets in the Valley including Srinagar. These incidents have been done by such pistol-wielding youths who are not in the list of security agencies as terrorists. It is difficult to find such terrorists. Sources associated with the security agencies said that the hybrid terrorists are kept on standby by the handlers to carry out terrorist incidents. After completing the given task, he waits for the new task. Meanwhile, he starts doing his normal work.

As per the information, Hybrid terrorists are those who are not in the list of security forces. Like sleeper cells, these youths have been made part time terrorists. But they are manipulated to make such radicalization that they can carry out attacks under the task assigned by the handler. After that they go about their normal work. It is difficult to recognize them.