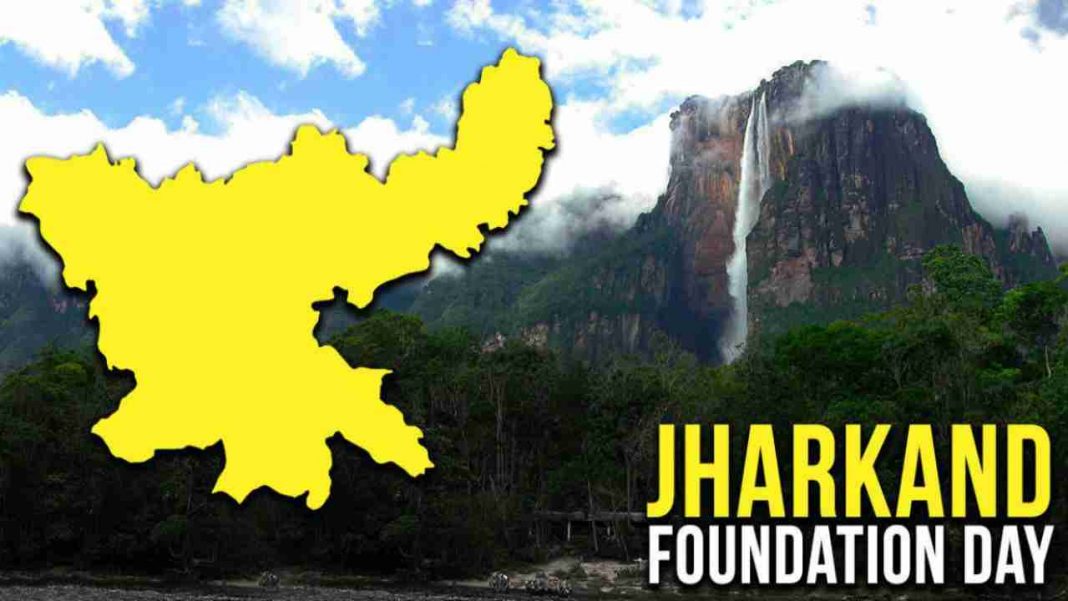 Everyone is happy today in the Chota Nagpur plateau and its surrounding area. Some are lighting diyas and some are distributing sweets. After countless struggles, their old demand was fulfilled. Demand for a new state, for the betterment of our people and for saving our culture.

On this day a new state was born in the map of India, whose name was ‘Jharkhand’ and that day was 15 November. This day of the year 2000 was so special that it now had to be remembered every year. Because on this day the dream of all the people of Jharkhand came true.

On Jharkhand foundation day, let’s know about prominent face of the Jharkhand movement.

Today is the birth anniversary of Birsa Munda also. Birsa Munda has got the status of God for his life struggle. Birsa Munda, the leader of the Munda rebellion, was born on 15 November 1875. He is remembered as a strong protest against British rule. Born and brought up in the tribal areas of Bihar and Jharkhand, Birsa Munda had achieved his distinct position at a very young age. In view of his influence on the national movement, the state of Jharkhand was created on his birth anniversary in 2000.

Birsa Munda was close to the movement of Sardars from 1886 to 1890. This movement left a deep impact on him and he joined the anti-missionary and anti-government program. After this, by the time he left Chaibasa in 1890, Birsa had also joined the movement against the British oppression of tribal communities.

After this, he started the movement on 1 October 1894 for the waiver of rent (tax) from the British. For which he was arrested in 1895 and sentenced to 2 years imprisonment in Hazaribagh Central Jail. After the sentence was over, he called for an armed revolution against the British. This movement continued continuously till his arrest in 1900. He died in Ranchi imprisonment on June 1900 due to the tortures given in the prison.

Another prominent face of Jharkhand struggle was Jaipal Singh Munda. It was because of the thinking and struggle of Jaipal Singh Munda, popularly known as Marang Gomke or Great Leader, that the demand for a separate state gained momentum. He formed the All India Adivasi Mahasabha in the year 1938 and fought the political and social fight against the exploitation of the tribals.

He came to be called Adivasi Mahanayak. He was giving edge to the Jharkhand movement. By the end of the 50s, he founded the Jharkhand Party. In the first general election, his party also registered a strong presence in the tribal areas. Not only this, in the 1950s, the Jharkhand Party also played the role of the main opposition party in Bihar. But gradually the popularity of his party started decreasing.

After this he merged with the Congress in 1963 without consulting his allies. Then Ne Hoare gave a new direction to the movement. He re-established the party. After that, faces like Shibu Soren and Bagun Sumbrui took the Jharkhand movement to its culmination.

Coming from the Munda tribe of Jharkhand, Jaipal Singh was also a journalist, writer, educationist and sportsperson. Jaipal Abua was the editor of Sakam. He was a member of the Constituent Assembly and an MP from 1952 to 1970. As we mentioned in the beginning, Jaipal was a famous player. He was the captain of the team in the golden period of hockey history. Under his captaincy, the country won the gold medal in hockey for the first time in the 1928 Amsterdam Olympics. But due to the attitude of the British government, he gave up playing hockey and entered politics.

Jaipal was also very good in studies. He did his early education at St. Paul’s School in Ranchi. Seeing his talent, his principal sent him to England for further studies. Here he did his MA from Oxford University. He also passed the Indian Civil Service exam, but he did not train for it. Jaipal Singh, born on 3 January 1903. And left this world on 20 March 1970.