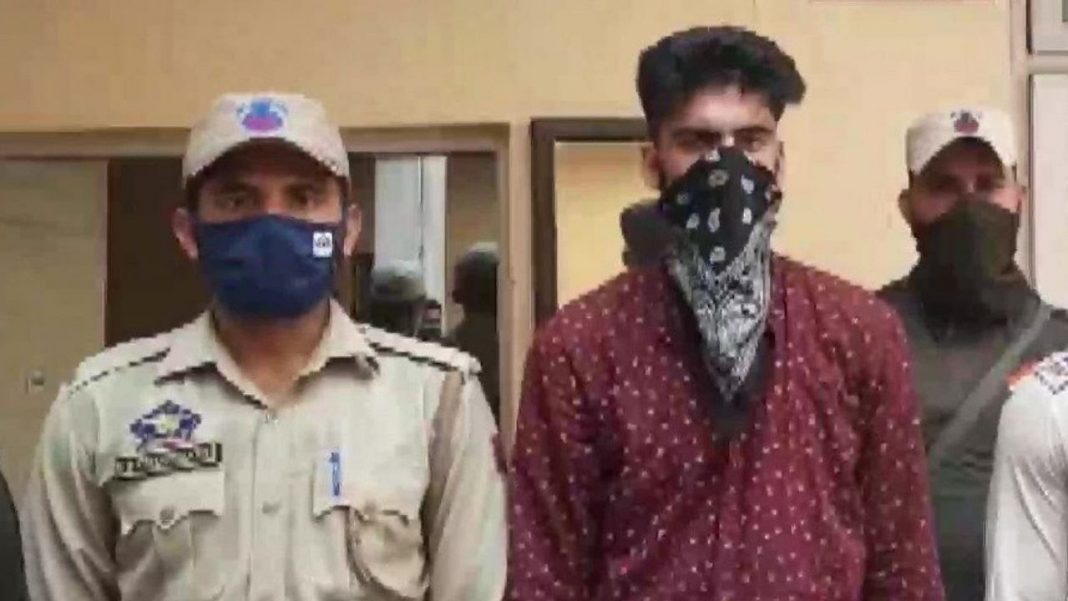 The Jammu and Kashmir Police on Sunday, in a major success, foiled a plan by the ultras to carry out an attack in the city with the arrest of a terrorist affiliated with The Resistance Front (TRF), an offshoot of Lashkar-e-Taiba (LeT), near the Jammu railway station, besides recovering one pistol and cartridges.

“On the basis of credible inputs about the movement of Kashmir-based terrorists to Jammu for a specific task to create terror in the area, Special Operation Group (SOG) Jammu laid special nakas at different locations of Jammu city,” ADGP Jammu Mr Singh added.

During checking near railway station Jammu, one person, who was pillion riding on a scooty, got down 50 to 50 metres behind police checking point.

On seeing cops he started moving fast towards nearby by-lane. His suspicious movement led the police party to chase him and finally he was overpowered at some distance.

He said the terrorist was also in touch with valley-based handlers through telegram and signal apps. The questioning of the arrested terrorist is going on.

A hunt has been launched to nab two of his associates who provided support to him for reconnaissance, the spokesman said, adding more arrests and recoveries are expected at his disclosure.

A case under various sections of the Unlawful Activities (Prevention) Act and Arms Act was registered in Bahu Fort police station and further investigation is on, the spokesman said.