Support Us
More
More
HomeNATIONKarnal Farmer Protest: The deadlock between the farmers and the government ends
NATION
September 11, 2021 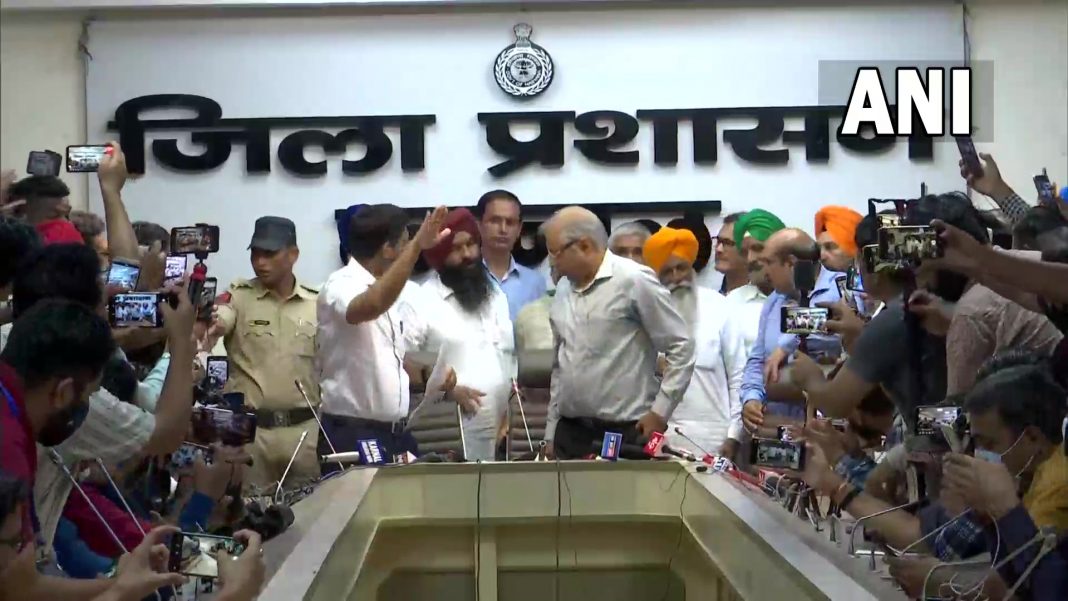 The standoff between the farmers and the government in Karnal is over. The two sides have worked out a solution together. In a joint press conference of local administration and farmer leaders in Karnal, Haryana, Additional Chief Secretary Devendra Singh told that, former SDM Ayush Sinha will be on leave during this period. Haryana government will give jobs to 2 family members of deceased farmer Satish Kajal on sanction post in Karnal district at DC rate.

Additional Chief Secretary Devendra Singh said, yesterday’s talks were held in a positive atmosphere. It has been decided by consensus that the government will conduct a judicial inquiry into the incident on August 28 by a retired judge of the High Court. The investigation will be completed in 1 month.

After the joint press conference of the administration, farmer leaders in Karnal, farmer leader Gurnam Singh Chaduni said, we had asked for a job and compensation, death cannot be compensated but the administration has agreed to hire two families at DC rate. Appointment will be done in a week.On the demand to register a case against the officers, we have agreed that if the case is registered now, then the officer can go to the court and get the FIR canceled. But if the retired judge of the High Court comes under investigation, then a case will be registered, it has been agreed.

Farmer leader Gurnam Singh Chaduni said that the administration has assured that SDM Ayush Sinha, who said that the farmers beheaded, can be sent on leave till the completion of the investigation and judicial inquiry will be done by the retired judge of Punjab-Haryana High Court.

On , farmers started a sit-in outside the district headquarters in Karnal on Tuesday against the police lathi charge. The main demand of the farmers is the suspension of the then SDM Ayush Sinha, who was reportedly heard telling the policemen to break the heads of the farmers if they cross the border. The farmers also claimed that a farmer died after the August 28 violence, although the administration has denied the allegation.

At the same time, 13 farmer leaders along with 1 lawyer also participated in the four hours of rain on Friday. .Earlier, the agitating farmers had given an ultimatum to the government. Haryana’s farmer leader Jagdeep Singh Aulakh had said that a meeting would be held on September 11 at the dharna site in Karnal. In this meeting, the announcement of the fight across will be made.