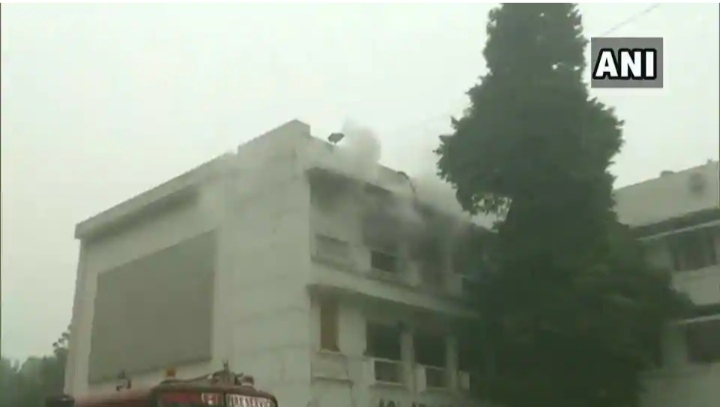 Karnataka Explosion – A big accident happened in Shivamogga, Karnataka last night. There was a lot of damage to homes due to a blast here, while a total of 8 people have been confirmed dead in this accident so far. According to the police, the blast was caused by dynamite, although a full investigation is still being done on it. Police say that so far two bodies have been recovered.

According to the local police, the place where this accident happened is about 5 km from Shivamogga city. A loud voice was heard around ten and a half on Thursday night. After which the local people complained, as well as on social media, the locals mentioned this blast.

According to the information, this accident occurred around 10:20 pm on Thursday night. People felt a big earthquake once. People ran away from homes. After receiving the information, the police reached the spot and laid siege to the blast and informed the bombing squad.

PM Narendra Modi has also expressed grief over this incident. He said – It was very sad to hear of Shivamogga incident. Condolences to bereaved families. I Pray to God to heal the wounded soon. The state government is providing all possible help to the affected.

District Collector of Shivamogga KB Shivkumar said, “Initial investigations have so far found that there were explosives in the car parked here. It is being ascertained why he was brought here. So far we have recovered 2 bodies. It is being circulated publicly that 10-15 people have died in the blast, but this is not substantiated by any facts. The police have started investigations, they have made little progress. We have also enlisted the help of the bomb disposal squad, so that they can come here and technically help us why the incident happened. The blast occurred around 10:20 pm last night. “

CM BS Yeddyurappa tweeted, “High level inquiry has been ordered into this unfortunate incident and strict action will be taken against the culprits”.