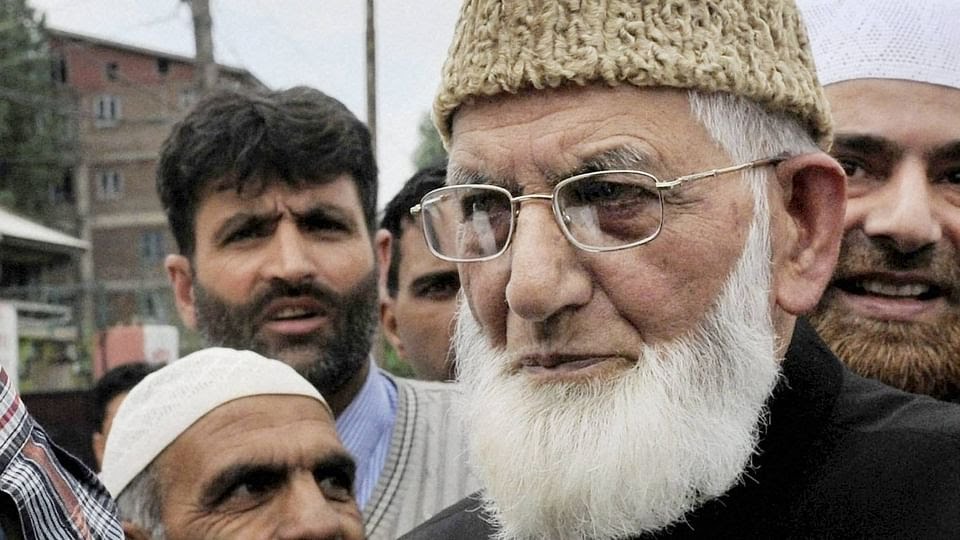 Syed Ali Shah Geelani, the Hurriyat’s patriarch, died late Wednesday at his home in Srinagar’s Hyderpora locality, leaving behind a splintered legacy of secessionism that he had cultivated for decades as J&K’s leading pro-Pakistan voice. He was 92 years old and had been sick for months.

Sources said that the ailing leader developed serious complications on Wednesday afternoon and breathed his last in the evening. He is survived by two sons and six daughters. He remarried after his first wife passed away in 1968.

“He had chest congestion and breathing problems. He passed away at 10:30 pm,” they said.

Geelani was the senior-most separatist leader in the Valley, known for his hardline views and had been largely under house arrest since the summer agitation of 2010.

An ANI report quoted IGP (Kashmir range) Vijay Kumar as saying that internet services had been suspended across the Valley as part of a series of precautionary curbs. Referring to Geelani as “Kashmiri freedom fighter”,

Pakistani Prime Minister Imran Khan expressed condolences over Geelani’s death on his official Twitter handle. “Deeply saddened to learn of the passing of Kashmiri freedom fighter Syed Ali Geelani who struggled all his life for his people & their right to self-determination. He suffered incarceration & torture by the Occupying Indian state but remained resolute,” Khan wrote on Twitter.

Khan announced, “The Pakistan flag will fly at half mast and we will observe a day of official mourning.”

Geelani was awarded Pakistan’s highest civilian honour in 2020, the Nishan-e-Pakistan, an award bestowed upon the likes of Nelson Mandela, Richard Nixon and Fidel Castro.

Former Jammu and Kashmir chief minister Mehbooba Mufti tweeted saying that she was saddened by the news of his death. “We may not have agreed on most things but I respect him for his steadfastness and standing by his belief…”

Geelani will be buried at the place of his choice in the neighbourhood of Hyderpora in the outskirts of the city.