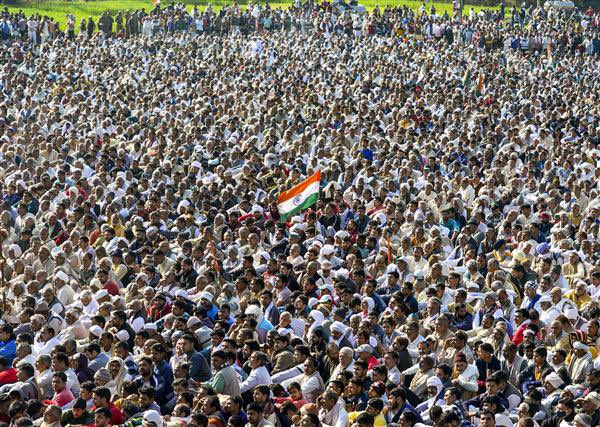 The Karnal district administration has offered to hold talks with representatives of protesting farmers on Tuesday. An 11-member delegation, led by Bharatiya Kisan Union Haryana unit chief Gurnam Singh Charuni, will be going for the talks with the administration, shortly after which a decision will be taken on the planned march to the mini secretariat.

Hundreds of farmers from across Haryana, Punjab, UP and Rajasthan arrived at the grain market to attend the kisan mahapanchayat. SKM leaders Balbir Singh Rajewal, Gurnam Singh Charuni and Rakesh Tikait have reached here.

There is heavy deployment of Haryana Police as well as central forces in Karnal, while security forces in adequate strength have also been deployed at the new Anaj Mandi here where farmers are meeting and plan to move towards the mini-secretariat, officials said.

To maintain law and order, Haryana has also suspended mobile internet services in Karnal, Kurukshetra, Kaithal, Jind and Panipat districts from 12:00 am Tuesday to midnight 24 hours later (11.59 pm). As many as 40 companies of security forces, including 10 companies of the Central Armed Police Forces (CAPF), have been deployed in the town. Wary of the situation escalating, Karnal Deputy Commissioner Nishant Kumar Yadav has issued prohibitory orders under Section 144 of the CrPC, which prohibits the assembly of five or more people. 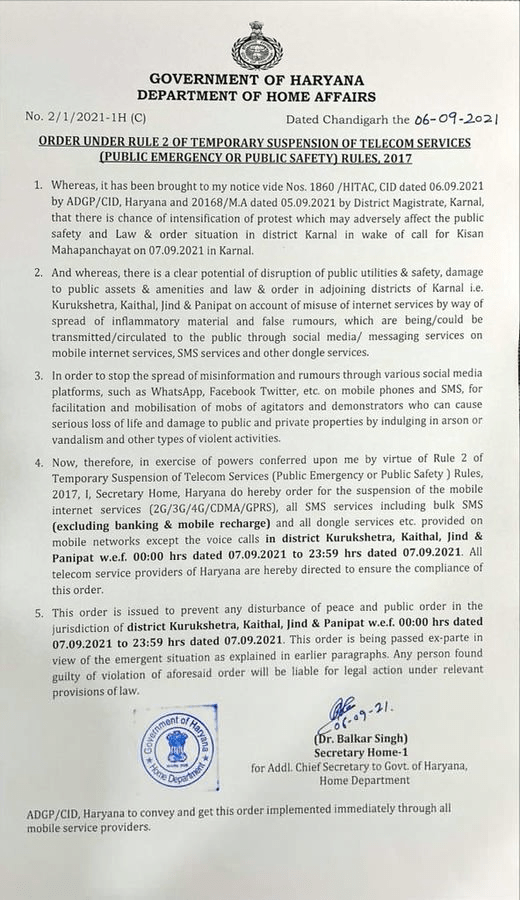 The police have also issued a traffic advisory for motorists, especially travelling on the NH-44 (Ambala-New Delhi stretch).

Today’s protest comes a day after Muzaffarnagar mahapanchayat, where farmers protesting against the three farm laws gave a call to campaign against the BJP.

The Samyukta Kisan Morcha had on August 30 given a call for gherao of the secretariat, demanding registration of an FIR against officers who had ordered a lathicharge on agitators during their protest against a BJP event in Karnal on August 28.

The farmers are also demanding the registration of an FIR against then SDM, Ayush Sinha, who had on August 28 ordered police to “break the heads” of those who breach the security cordon.