Support Us
More
More
HomeNATIONlet us see who brings out the skeletons from the closet of...
NATION
November 6, 2021

let us see who brings out the skeletons from the closet of Wankhede: Nawab Malik 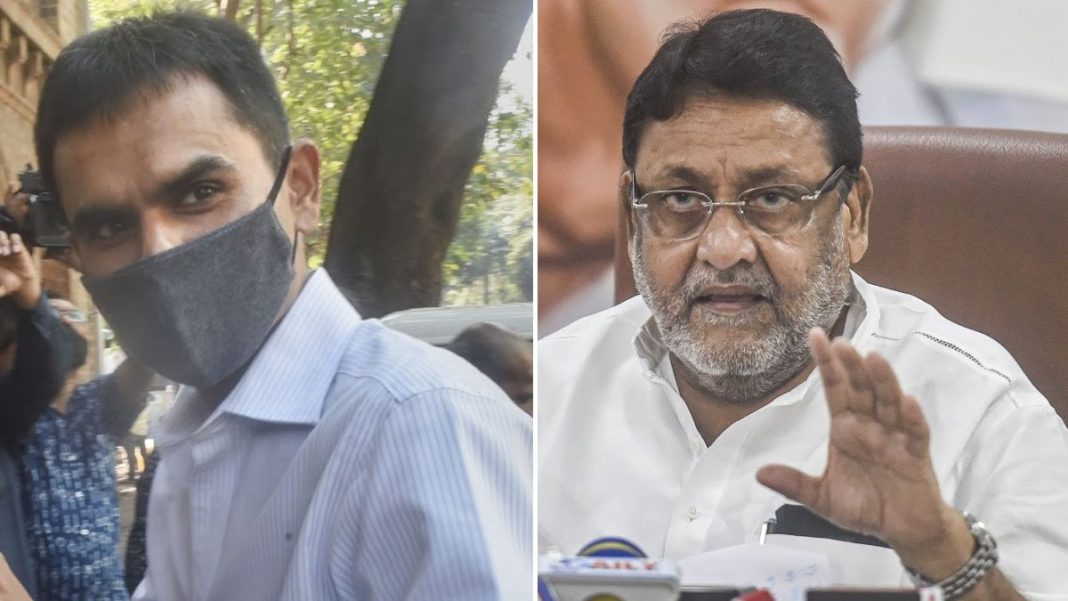 Maharashtra Cabinet Minister Nawab Malik on Saturday said that he had demanded an SIT probe to investigate Sameer Wankhede over the alleged extortion charges.

The minister also said that now he will see which SIT brings out the “skeletons from the closet of Wankhede and exposes him and his nefarious private army.”

Taking to Twitter, Malik wrote, “I had demanded an S.I.T probe to investigate Sameer Dawood Wankhede for the kidnapping of & ransom demand from Aryan Khan. Now 2 S.I.Ts are constituted (state & centre), let us see who brings out the skeletons from the closet of Wankhede and exposes him and his nefarious private army.”

The Narcotics Control Bureau, in a statement released yesterday evening, and signed by Sanjay Singh, has stressed: “No officer or officers have been REMOVED from their present roles”.

Meanwhile, after news emerged that he had been taken off the Aryan Khan drugs case, Sameer Wankhede said, “I am the zonal director of the NCB’s Mumbai unit and will remain so. I have not been removed from that post.”

“I’ve not been removed from the investigation. It was my writ petition in court that the matter be probed by a central agency. So Aryan case and Sameer Khan case are being probed by Delhi NCB. It’s a coordination between NCB teams of Delhi and Mumbai,” Sameer Wankhede was quoted as saying by ANI.

Sameer Wankhede’s wife Kranti Redkar and sister Yasmeen Wankhede took to Twitter to post the NCB press release and said that he’s not been removed from his position.