LJP Vs LJP: Chirag Paswan says ”my removal as party chief is illegal, I am the son of a lion I will fight” 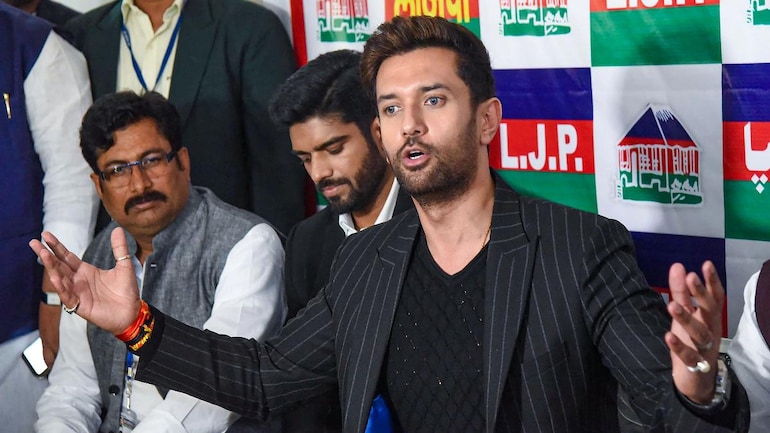 Chirag Paswan held a press conference on Wednesday regarding the ongoing tussle in the Lok Janshakti Party. Chirag put his stand in front of everyone regarding the ongoing dispute with uncle Pashupati Paras. Chirag Paswan said that I wanted the matter of the family to be settled in a closed room, but now this fight will go on for a long time and will be fought legally.

The battle for supremacy between uncle and nephew for three days has now reached the streets. Chirag supporters are protesting outside Pashupati Paras’s house in Delhi, while Pashupati Paras is accusing the party of dictatorship. Pashupati Paras says that the rule of one post and one constitution was going on in the party from the beginning, but for some time there was an atmosphere of dictatorship in the party. So he has taken this decision. According to information received from sources, Chirag Paswan’s press conference was about to take place, but due to some reasons the press conference has been canceled. After the cancellation of the press conference, Chirag Paswan has written a letter to the Lok Sabha Speaker.

lJP leader Chirag Paswan writes to LS Speaker Om Birla, stating “the decision of announcing Pashupati Kumar Paras as Leader of LJP in Lok Sabha is contrary to provision of Constitution of our party.”

Actually, LJP seems to be split into two factions. The political discord that started last week is getting worse. First Ram Vilas Paswan’s brother Pashupati Paras, along with five MPs, took control of the party and removed Chirag Paswan from the post of national president. Then Chirag Paswan expelled the five MPs from the party. The ongoing tussle in the LJP is now increasing, as Chirag Paswan’s supporters demonstrated outside the residence of Pashupati Paras in Delhi on Wednesday.

Chirag Paswan said that I was ill for some time, so I could not come out for the last few days. Just one press conference will not solve everything, this fight is long.

Chirag Paswan said that I did not trust Nitish Kumar’s policies, so I decided not to bow down to anyone. Those in the party who were not on the path of struggle took a different path. My uncle Pashupati Paras also did not play any role in campaigning during the assembly elections.

Chirag Paswan said that when I was ill, a conspiracy was hatched to break the party behind my back. This time no one from the family was with me on Holi. In my letter, I had appealed to talk to uncle.

Chirag Paswan said that I am the son of Ram Vilas Paswan, I am the son of a lion .. fought before and will fight in future also. The people of Bihar are with us, efforts are being made to divide it on behalf of Janata Dal United. They have tried to divide Dalits in the past as well.