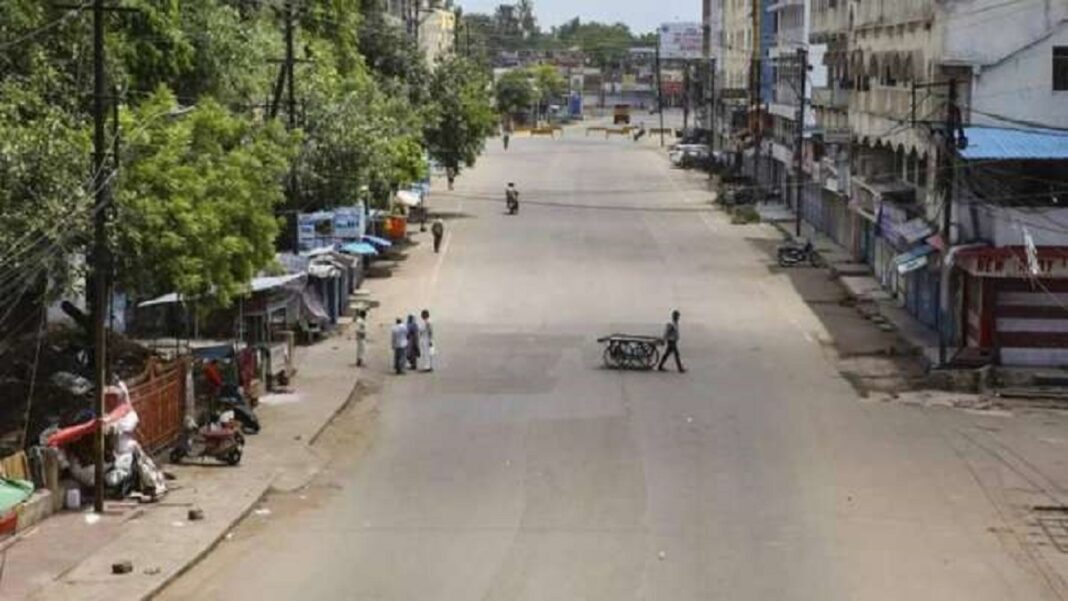 After getting 1140 newly infected records in the last 24 hours in Madhya Pradesh, the government is now acting vigorously. In the capital Bhopal, Indore and Jabalpur, it has now been decided to do a total lockdown every Sunday. In all three cities, there will be a total lockdown of 32 hours on every weekend from 10 pm to 6 am on Monday. At the same time, schools and colleges will also be closed in these three cities till 31 March.

The Home Department has issued instructions regarding the lockdown. Here, the examinations of Madhya Pradesh Public Service Commission are going to start from Sunday, 21 March. Despite the lockdown, the candidates will be able to come for the exam. This exemption has also been given for other examinations.

Lockdown returned after a year
The lockdown began on March 22 last year due to Corona, followed by a lockdown in MP again on March 21, exactly a year after that. In view of the worsening situation in the state, CM Shivraj returned from Bengal and reached the ministry directly from the airport and held a review meeting. The meeting was attended by Chief Secretary Iqbal Singh Bais, DGP Vivek Johri, Additional Chief Secretary of Health Department Mohammad Suleman, Additional Chief Secretary of Home Department Dr. Rajesh Rajaura and Principal Secretary Shiv Shekhar Shukla were involved.

The lockdown has been imposed for a total of 32 hours in all the three cities of Madhya Pradesh- Bhopal, Indore and Jabalpur from 10 am on Saturday night to 6 am tomorrow. During this time only emergency services have been approved. During this time, hospitals and medical stores will remain open. Due to the lockdown, there was silence in the city of Bhopal just after ten o’clock on Saturday night. Even on Sunday morning, the roads were deserted. The police has barricaded in about 128 places inside, including the outer boundary of the city. At the same time, only milk and medicine shops were seen in Indore and Jabalpur.

They will be exempt

Shop will be sealed for violation of rules

The administration will be more strict during lockdown. Order has been issued on shopkeepers for fines. The order states that if a shopkeeper violates the rules, then he will face a fine of Rs 5000. If you do not agree even after this, then the second and third time will be charged 2 times i.e. 10 thousand rupees. If the shopkeeper still does not agree, then action will be taken to seal the shops.

In Madhya Pradesh, 1308 cases of corona have been reported on Friday. These include 345 patients from Bhopal and 317 from Indore. The number of active patients in the state has now increased to 7 thousand 344. On Friday, 25 thousand 32 samples were taken. Of these, 24,695 were investigated. Of the samples tested, 1308 are positive. Thus the transition rate was 5.2 percent.