Mahant Narendra Giri: A panel of five doctors will do post-mortem today, all schools will remain closed in Prayagraj 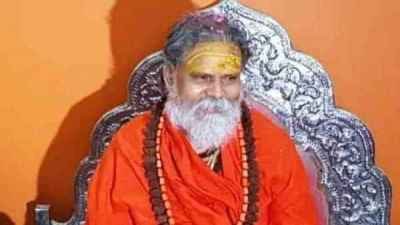 Mahant Narendra Giri, president of Akhil Bharatiya Akhara Parishad, died under suspicious circumstances on September 20. The Prayagraj Police has constituted a Special Investigation Team (SIT) in this case. So right there, today that is on September 22, on the instructions of the CM, five doctors will do the post-mortem of Mahant Narendra Giri’s body. For this, a panel has been constituted, in which two specialists have been included in MLN Medical College, two doctors in the district hospital and one doctor posted under the CMO. All will be called an hour before the post-mortem.

At the same time, in view of the crowd of devotees in the Samadhi program of Mahant Narendra Giri, the Education Department has taken a big decision in Prayagraj.

The Education Department has issued an order to keep a holiday in all the board schools and coaching institutes from class 1 to 12. In an order issued by N Vishwakarma, it has been said that Wednesday (September 22) will be a holiday in all schools. During this teaching work can be done online. In fact, after the post-mortem of Mahant Narendra Giri’s body, his last rites will be performed at 12 noon.

Along with this, he also talked about taking care of some of his disciples. With this, he wrote for Mahant Hari Govind Puri that you are requested to make Mahant Balveer Giri of Madhi only. Also, for Mahant Ravindra Puri, he wrote that you have always supported, maintaining the dignity of the monastery even after my death.

The names of all the doctors who conducted the post-mortem of Mahant’s body were not disclosed to anyone except the officers. 20 doctors on duty have been called at eight o’clock in the morning, but which doctors are involved in the post-mortem, it has not been told to anyone. The officers have decided that every moment during the post-mortem will be videographed in this high profile case. The report will be sealed on the spot.

CMO Dr. Nanak Saran refused to say anything about the preparations for the post-mortem. He told that at present the time of post-mortem is fixed at 10 in the morning, in which changes can be made according to the program of the Math.