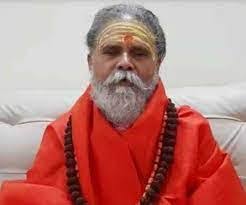 The president of All India Akhara Parishad, Mahant Narendra Giri, was found dead at his residence in Prayagraj on Monday. Till now the cause of death is not yet confirmed.

All India Akhara Parishad is the largest forum for of saints in India and the position of Mahant also had a lot of political and public influence.

As quoted by ABP news “recently, he had a dispute with his disciple Swami Anand Giri. Yoga guru Swami Anand Giri of the Bade Hanuman temple was sacked from Baghambari Math and the Akhara for allegedly being in constant touch with his family against the traditions of being a sanyasi.”

Uttar Pradesh police is still finding the reason for the death and leaving no stone unturned in this case.