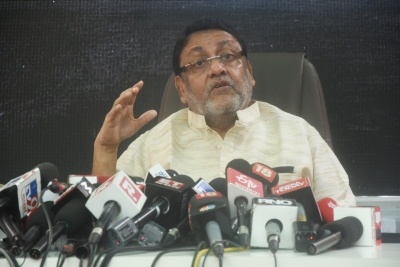 Mumbai Guardian Minister Aslam Shaikh  has confirmed that he was also invited for the Cordelia Cruise party that was busted on October 2 by the Narcotics Control Bureau Zonal Director Sameer Wankhede.

“One Kashiff Khan had invited me to the party… I don’t know him and as far as I know we never spoke on the phone. That invite was like many others I get daily… Since I had no plan to go, I did not inquire further and the matter ended there,” Shaikh said.

Presently, two agencies — NCB and Mumbai Police — are currently probing the entire issue and the truth would come out soon, the minister told mediapersons.

Replying to the allegations by the opposition Bharatiya Janata Party, Shaikh pointed out that they habitually hurl unsubstantiated charges at their rivals to derive political mileage.

“What happened during the death of Sushant Singh Rajput? The BJP went all out to target the MVA government, ministers and leaders, till the Bihar elections (October -November 2020). After the elections were over, even the Rajput controversy abruptly ended and nobody talked about it…” Shaikh pointed out.