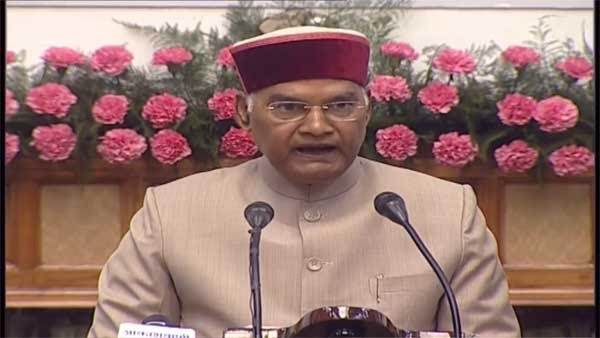 President Ram Nath Kovind has inaugurated the 110-year-old Darbar Hall of the Maharashtra Raj Bhavan at Malabar Hill on Friday.

This is the first major refurbishment of the glittering Darbar Hall which is the venue for top state and international events like swearing-in ceremonies of Governors, Chief Justice, Chief Ministers and Cabinet Ministers, and receiving important foreign VVIPs.

In its new look, the Darbar Hall seating capacity has been increased three times than it was earlier i.e- 225 to 750.

The renovation works started in 2019 and was completed in December last year.