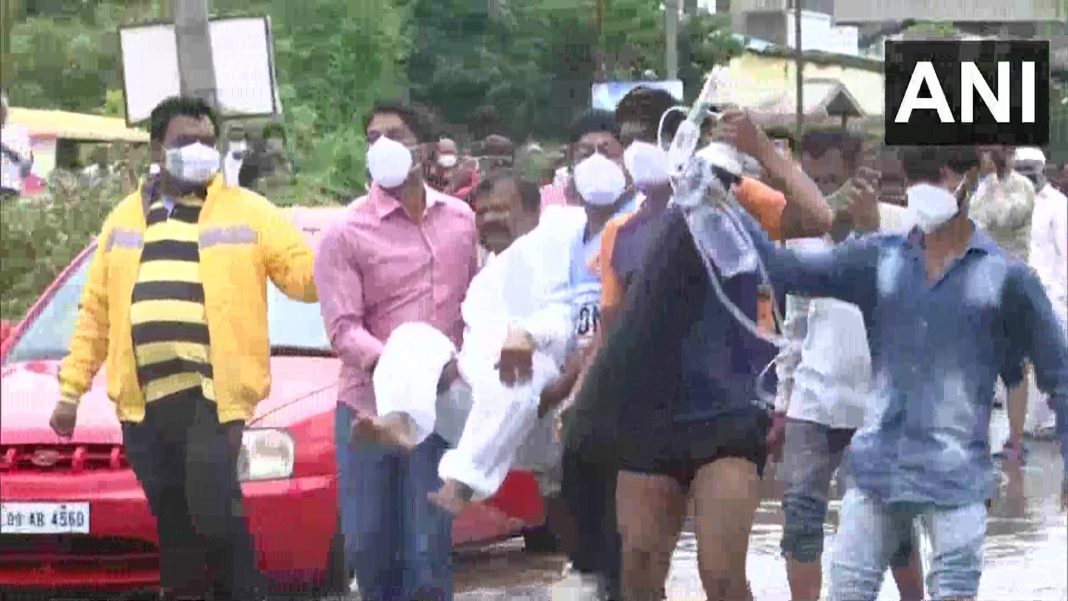 MAHARASHTRA: The death toll from rain-related incidents in Maharashtra rose to 164 on Monday, according to the state government, after 11 more bodies were discovered in Raigad and two each in Wardha and Akola, while 100 people were still missing.

The search for these missing people has been called off after seeking the opinion of NDRF/SDRF/TDRF, the Raigad DM said.

So far, 2,29,074 persons have been evacuated from the affected areas, the government said in a statement.

Amid these developments, rescue teams recovered 11 bodies in Raigad and two each in Wardha and Akola on Monday.

According to a state government release, 71 people have died in Raigad district, 41 in Satara, 21 in Ratnagiri, 12 in Thane, seven in Kolhapur, four in Mumbai and two each in Sindhudurg, Pune, Wardha and Akola.

Besides, 56 people have been injured in rain-related incidents, while 100 people are still missing, it said.

In Raigad, 53 people were reported missing, in Satara-27, Ratnagiri-14, Thane-four, and Sindhudurg and Kolhapur-one each.

National Disaster Response Force (NDRF) Assistant Commandant Vikram in Kolhapur informed that 6 teams have been deployed in the district and over 1,500 people had been evacuated yesterday.

“We’re working with civil and district administration. The water level has reduced by 2 ft, but is still at danger level,” he added.

Houses, roads, and commercial establishments could be seen submerged in floodwater in the Shiroli area of the district.

Deputy Chief Minister Ajit Pawar toured various rain-hit villages in Sangli district on Monday and used a rescue boat to reach out to flood victims in some areas.

Pawar also interacted with the flood-affected people and assured them of rehabilitation and all help from the state government.

On Sunday, Chief Minister Uddhav Thackeray visited Chiplun, the site of severe flooding in Ratnagiri district in the Konkan region, and interacted with residents, businessmen and shopkeepers. He promised them all help from the state government to restore normalcy in the area.