Major boat accident in Assam, one dead, many missing after two boats full of passengers collided 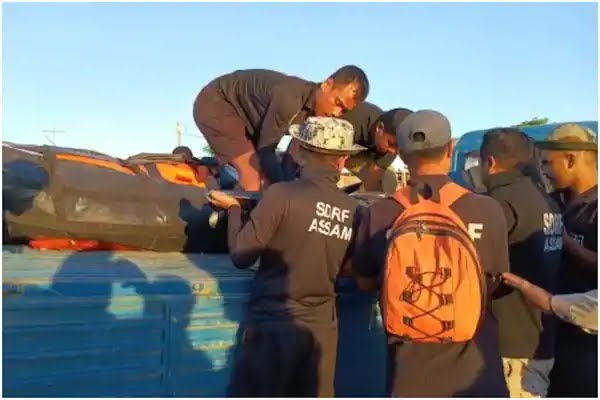 A woman was killed while around 30 people are said to be missing in a horrific collision between two boats in the Brahmaputra river in Assam’s Jorhat on Wednesday. Sources said that there were around 200 passengers on both the boats. On Wednesday, both the boats collided at Nimtighat, located 350 km from Guwahati, at around 4 pm.

State CM Himanta Biswa Sarma expressed grief over the boat accident and directed Majuli and Jorhat district administrations to carry out rescue operations with the help of NDRF and SDRF. He has asked his minister Bimal Bora to reach Majuli soon and take stock of the situation. CM has instructed his Principal Secretary Sameer Sinha to keep an eye on the developments continuously. CM will reach Majuli tomorrow.

The Chief Minister said, Union Home Minister Amit Shah called and inquired about the boat accident at Neemtighat in Jorhat and got updates about the condition of those rescued so far. He (Home Minister Amit Shah) said that the central government is ready to provide all possible help.
Jorhat Deputy Commissioner Ashok Burman said that 41 people have been rescued so far and no body has been found so far.

A senior official of the Jorhat district administration said, “We cannot tell yet how many people have been killed.” National Disaster Response Force (NDRF) and SDRF personnel have started search and rescue operations. Several four-wheelers and two-wheelers were also in the boat, which fell into the river.