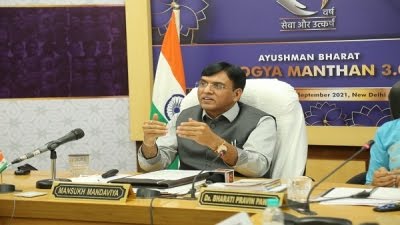 As the number of dengue cases is rising in the national caption, Health Minister Mansukh Mandaviya is all set to chair a review meeting today regarding the current situation in Delhi.

On Sunday, official sources informed “Delhi has witnessed a surge in dengue cases. Health Minister Mansukh Mandaviya will review the situation with the Delhi government and also provide assistance in curbing the rise in cases.”

With the onset of the monsoon every year, the city sees a dengue outbreak, which usually ends as the winter season arrives. However, this year, the city is seeing a major uptick in cases which is still continuing.

Doctors said earlier that despite the prevalence of the serotype 2 dengue virus associated with a higher risk of severe disease, most people are not showing severe symptoms.

Delhi has reported over 1,000 cases of dengue this year, with more than 280 cases logged in the last week, according to a civic report released on Monday last week.

Of the total number of dengue cases this season, 665 were recorded in the first 23 days of this month alone. The city recorded its first death due to the vector-borne disease this season on October 18.