Mumbai: 12,000 passengers boarded metro on the first day of resumption 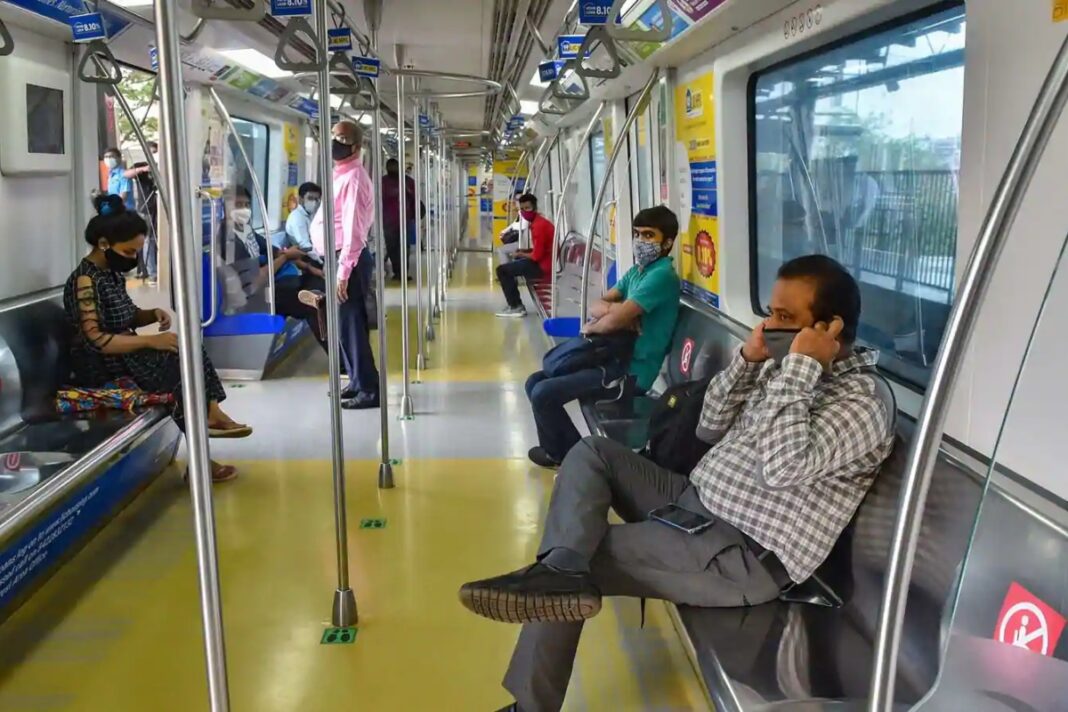 “Around 12,000 passengers took the Metro on the first day of the resumption of services, a spokesperson of the Versova-Andheri-Ghatkopar corridor’s operator,” MMOPL said.

Proper covid-19 guidelines were followed during resumption. All wo entrances were closed. Of those two, one gate with an escalator was earmarked for entry into the station and another across the road for exit.

Maharashtra state security corporation guards were posted at the entrance to guide commuters.

Every passengers had to do a temprature check before buying ticket and walking to turnstiles. Instead of round plastic coupons, disposable paper tickets were handed over to the passengers. For the passengers who had purchased Metro cards vefore lockdown in Marcg, The MMOPL extended validity.

Only passengers who were asymptomatic were allowed to board the train with masks being mandatory. Most passengers complied with this instruction and we did not have to turn away even a single passenger for not wearing mask,” TOI quoted an MMOPL official as saying.

Passengers were only allowed to sit on alternate seats inside the metro. Stickers on the floor were pasted to measure the standing areas at distance of a few feet.