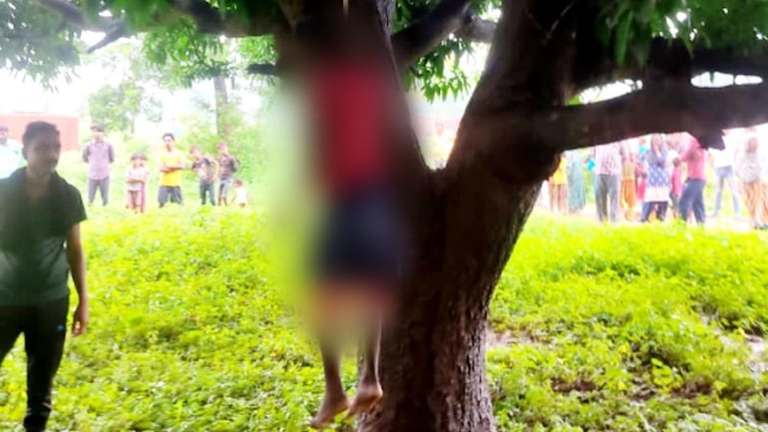 A 14-year-old tribal girl from Jharkhand’s Dumka was allegedly raped and then hanged from a tree in Friday, said BJP leader Babulal Marandi in a tweet.

The body of the girl was found in Shriamda area while an FIR has been registered at Vishwavidyalaya police station against accused Arman Ansari.

“The accused, identified as Arman Ansari, has been arrested. He works as a construction worker,” Superintendent of Police Ambar Lakra told PTI.

He was charged under IPC sections 376 (rape), 302 (murder) and provisions of the SC/ST Act and POCSO Act, Lakra said.

“I am deeply saddened by the incident in Dumka. The accused has been arrested. I have directed the Dumka Police to take strict legal steps to ensure justice (to the victim’s family). May God give peace to the departed soul and strength to the bereaved family to bear this critical time,” Soren tweeted.

Talking about the incident on Twitter, tagging Home Minister Amit Shah, first Chief Minister of Jharkhand, Babulal Marandi, said: “This news from Dumka is going to boil your blood. It is alleged that this tribal girl was hanged on a tree after being raped by a youth named Arman Ansari yesterday. Arman is arrested. And how many tribal girls will be the victims of such scoundrels in Jharkhand?”

The incident came after one on August 23, when a man by the name of Shahrukh is accused of dousing a 16-year-old girl in petrol and set her on fire while she was sleeping . The teen, who allegedly turned down his advances, passed away from her wounds on August 28.

On August 28, a 15-year-old tribal girl was raped allegedly by a 26-year-old man after barging into her house in Ranchi.

The accused in both cases were arrested.