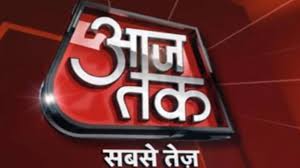 The News Broadcasting Standards Authority (NBSA) has imposed a fine of Rs 1 lakh on Hindi news channel Aaj Tak. This action has been taken due to the telecast of fake tweets related to Sushant Singh Rajput.

The channel has also been asked to apologize on air. NBSA, a self-regulatory body regulating electronic media, said that Aaj Tak did not follow due process while broadcasting the tweets.

The date, text and time of the apology will be decided by the authority, which will be communicated to the news channel. NBSA said that Aaj Tak will have to present the proof of apology in a compact disc within seven days.

Referring to Aaj Tak’s hit-wicket tagline, the authority said, it appears that questions are being asked to Sushant Singh Rajput, who is no longer, so the tagline is offensive and it violates privacy, dignity of the deceased. Influences.

It has also asked AajTak to submit the proof of compliance of the telecast of the apology to the association within 7 days of telecast. And also said that the fine should be payed to it within 7 days of receipt of the order.

The NBSA’s statement said, “While it is the duty of the news channel to report news, which may be in public interest and the persons being reported upon may get justice from such media reports, it is equally important to present the news in a manner which does not violate the privacy of the dead nor sensationalise a tragic incident.”