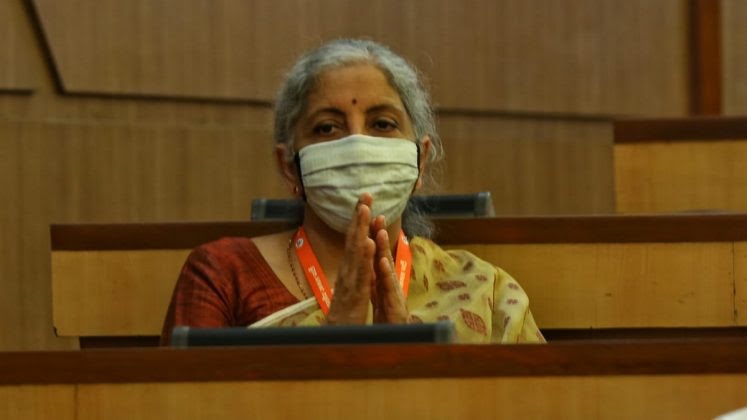 Union Finance Minister Nirmala Sitharaman on Sunday (November 7) lauded the initiatives taken by the Centre to curtail the negative impacts of the COVID-19 pandemic and reaffirmed the commitment of the party to seek justice for the victims of the political violence in West Bengal.

The party passed a resolution hitting out at its rivals and vowed to ensure victory in the upcoming round of assembly elections.

Sitharaman said a total of 18 issues were discussed as part of the resolution, including India’s Covid-19 vaccination achievement, climate change initiatives, the ‘One Nation, One Ration Card’ scheme, and how India’s youth are now employment generators rather than job seekers.

The finance minister said India’s image was established through the vaccination programme, but slammed the Opposition for raising suspicions about it while remaining “confined to Twitter” and being “nowhere to be seen” when it came to helping people. She also said PM Modi enhanced India’s image in the climate change dialogue with his speeches at the COP26 conference in Glasgow.

The minister also referred to the reading down of Article 370, claiming that Jammu and Kashmir is now moving from “terrorism to development” in spite of “all the troubles”. She pointed out that between 2004 and 2014, 2,081 people died in Jammu and Kashmir in terrorism-related incidents while from 2014 to September 2021, only 239 civilians lost their lives. “This proves that peace has now been established in Jammu and Kashmir,” she said.

Referring to District Development Council (DDC) and Block Development Council (BDC) elections in the union territory after the abrogation of Article 370, she said that people are willing to come out to participate in the democratic processes. “A statistic I’d like to highlight is the Industry Promotion Scheme worth Rs 28,400 crore, which was launched in Jan 2021, for J&K. 54 projects worth Rs 56,201 crore have also been launched,” she said.