Support Us
More
More
HomeNATIONNo control of Center or States on PM Cares Fund, not even...
NATION
September 23, 2021

No control of Center or States on PM Cares Fund, not even ‘Public Authority’ under RTI: PMO in Delhi HC 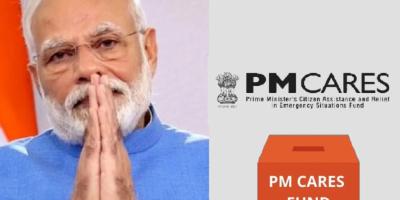 Regarding the PM Cares Fund, the PMO said in the Delhi High Court that there is no control of the Central Government or the State Government. It has been said in the affidavit of the PMO that this fund is not associated with the Government of India, but with the charitable trust. The amount coming in this fund does not go to the Consolidated Fund of the Government of India. The Prime Minister’s Office (PMO) has said that the PM CARES Fund can neither be brought under the purview of the Right to Information (RTI) Act as a ‘public authority’, nor can it be listed as a “state”. Actually, lawyer Samyak Gangwal has filed a petition in the Delhi High Court regarding this fund. Demanded that PM Cares Fund should be declared as state’s and it should be brought under RTI purview to maintain transparency.

On this petition, PMO Under Secretary Pradeep Srivastava informed the court about the fund that the trust works with complete transparency and its fund is audited by an auditor. To maintain transparency in the fund, the funds received by this trust and all its details are put on the official website. In response to the petition, he said that whatever donations the trust receives, they have been received online, through check or demand draft. The Trust updates the details of all expenses of this fund on its website.

The petition filed by Samyak Gangwal states that the PM-CARES Fund was formed by the Prime Minister in March 2020 for a larger purpose of providing assistance to the citizens of the country in the wake of the Covid-19 pandemic and received large donations. It has been said in the petition that in December 2020, information about the trust was given on the website of PM-Cares Fund that it has not been created under the Constitution or any law made by Parliament. It has also been said in the petition that the PM Cares Fund should be stopped from using ‘gov’ in the domain of its website.