No death due to lack of oxygen: Case reaches court, petition against Union Health Minister Mandaviya 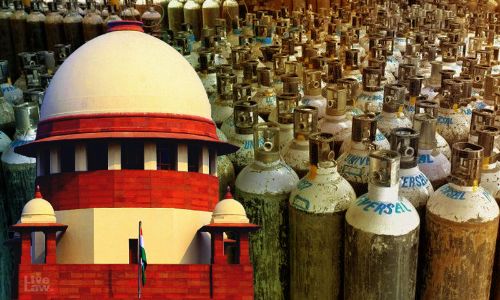 During the second corona wave, the central and state governments claimed that there was no death due to lack of oxygen in the country. In the court of Muzaffarpur, Bihar, case was filed against Bharti Praveen in the court of CJM in Muzaffarpur on Thursday. The court will hear this on July 28.

Tamanna Hashmi, a resident of Bhikhanpura of Ahiyapur in Muzaffarpur district, has filed this petition through advocate Suraj Kumar. In this, objection has been raised to the statement of the Union Minister of State for Health, Bharti Praveen. The petition claimed that many people lost their lives in Hashmi’s village itself due to lack of oxygen. The complainant has termed the statement of Minister Bharti Praveen in Parliament as irresponsible.

The Central Government, in response to a question in Parliament on Tuesday, said that no such information has been received from the states and union territories that there has been any death due to lack of oxygen in the second wave of corona.

The health minister was asked whether there were a large number of deaths in the country due to lack of oxygen during the second wave. On this, the government told in the Rajya Sabha that states and union territories report deaths due to corona to the Union Health Ministry on a regular basis, but no state or union territory has given information about deaths due to lack of oxygen.