Not murder where bail is denied, says SC on Teesta Setalvad plea 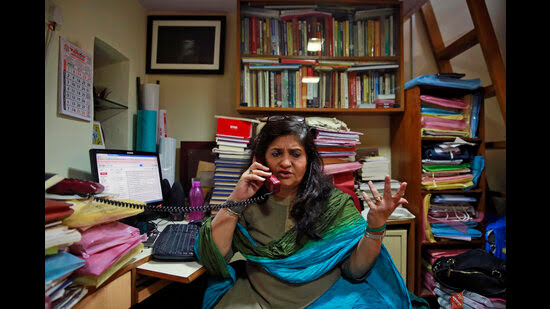 The SC on Thursday posed several questions to the State of Gujarat regarding the case against social activist Teesta Setalvad, who is under custody since June 26 over alleged fabrication of documents to file cases in relation to 2002 Gujarat riots.

A bench led by Chief Justice of India UU Lalit at one point of the hearing even indicated that it will grant interim bail to Teesta Setalvad but ultimately adjourned the hearing to tomorrow at 2 PM at the repeated requests made by Solicitor General of India Tushar Mehta.

“She is a lady. How did the high court issue notice returnable after six weeks? Is that the standard practice in Gujarat High Court? And give us instances where a lady is involved in a case like this and the High Court has made it [notice on bail plea] returnable by six weeks,” said the Chief Justice.

“What has struck us is the fact that your complaint does not state anything more than the judgment of the Supreme Court. Within a day of the judgment, the FIR is filed (on June 25),” noted the bench led by Chief Justice of India (CJI) Uday Umesh Lalit.

“You had the advantage of subjecting her to custodial interrogation. These are not offences of murder or under special law where bail is to be denied,” the bench, also comprising justices S Ravindra Bhat and Sudhanshu Dhulia said.

On July 30, a court in Ahmedabad refused bail to her and RB Sreekumar. She appealed to the Gujarat high court, which issued notice on August 3 but posted the matter for September 19. Meanwhile, the social activist approached the top court seeking bail and accusing the state of acting with vengeance.